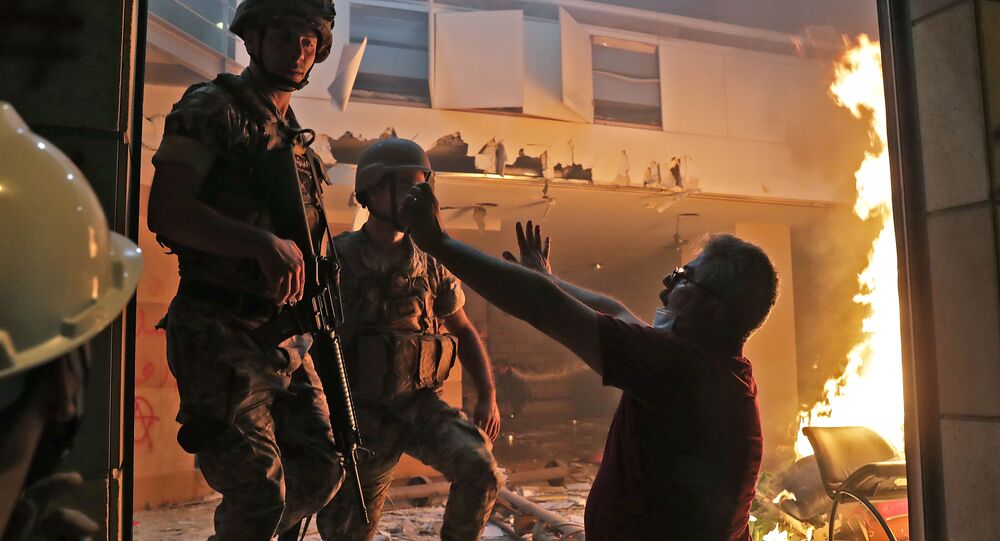 Lebanon has witnessed mass protests, with demonstrators demanding the resignation of the government over the continuing economic crisis in the country and following a deadly explosion at Beirut's port on 4 August, which has claimed the lives of over 150 people, leaving nearly 5,000 injured and 300,000 homeless.

Lebanon's Justice Minister Marie-Claude Najm reportedly stepped down on Monday following mass protests that have engulfed the country's capital in the wake of a devastating explosion on 4 August that left large parts of Beirut completely destroyed.

Earlier, Information Minister Manal Abdel-Samad and Environment Minister Damianos Kattar had submitted their resignation in the wake of the deadly blast in Beirut and subsequent protests.

On Saturday, thousands of protesters clashed with police in Beirut after gathering to demand reforms and a resignation of the government. The riot led to hundreds suffering injuries, including 100 security officers.

Lebanon has been plagued by economic woes and its capital was hit by a massive fertilizer explosion which has been blamed on corruption.

Late on Tuesday, a powerful explosion took place at the port of Beirut, killing at least 158 people and injuring over 5,000, per the latest estimates. According to the authorities, the explosion was caused by 2,750 tonnes of ammonium nitrate, confiscated by the customs services in 2014 and stored in the port since then. The explosion has also caused considerable damage to the city, having destroyed or damaged dozens of houses.