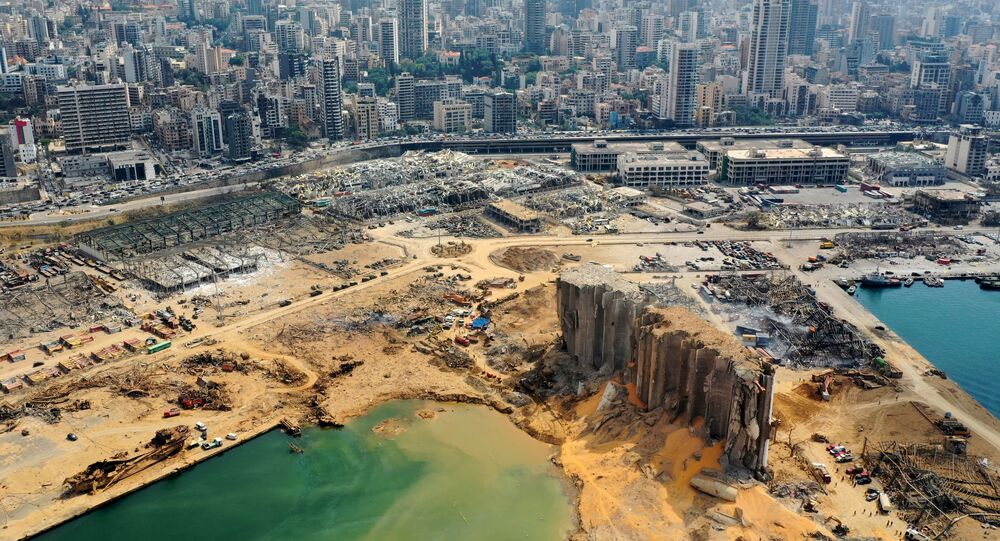 For seven years, a warehouse at the Beirut port housed well over 2,700 tonnes of a highly explosive chemical. That chemical detonated on 4 August, killing at least 157 people and wounding thousands more; authorities seek to determine if the blast was caused by negligence or a deliberate attack.

Photos have emerged of the abandoned ship that transported the volatile cargo that exploded in the port of Beirut, Lebanon.

The New York Times has published satellite images of the submerged hull of the ship, the MV Rhosus, on the northern edge of the port.

According to the newspaper, the 86-metre-long single-deck vessel, flying a Moldovan flag and owned by Cyprus-based businessman Igor Grechushkin, began sinking in February 2018 after years of being stranded in the port.

​The ship was carrying 2,750 tons of ammonium nitrate – commonly used as an agricultural fertiliser – from Georgia to Mozambique in the autumn of 2013. It made an unscheduled stop in Beirut after it suffered a malfunction, Lebanese lawyers representing the crew wrote in 2015.

The New York Times reports, citing then-captain Boris Prokoshev, that the ship had actually docked to pick up additional cargo to be transported to Jordan for extra cash.

Port officials barred the Rhosus from sailing upon inspecting the ship, according to the lawyers, and it was abandoned by owners after charterers lost interest in the cargo.

Having the exact coords, I first used @planetlabs lower-resolution imagery to determine that it sank between Feb. 16-18, 2018. And then got a nice @maxar high-res shot from Feb. 15, shortly before it went down. Nice workflow combining different imagery providers pic.twitter.com/xvNVOj7Jow

​The ammonium nitrate had been confiscated and stored in a warehouse at the port, just half a kilometre away from the shipwreck. The facility caught fire on the evening of 4 August and suffered two explosions, which occurred within 33 seconds apart, killing at least 157 people and wounding over 5,000.

The second, major blast levelled buildings in the surrounding area and blew out windows kilometres away, leaving up to 300,000 people homeless. It was so strong that tremors were felt in Cyprus, some 240 kilometres away from the epicentre.

There have been conflicting reports as to the cause of the fire that triggered the explosions, from welding work at the warehouse to bags of fireworks that were apparently stored at the warehouse alongside the ammonium nitrate. The highly explosive fertiliser can fuel fires dramatically by producing oxygen when it breaks down.

Lebanese President Michel Aoun launched a probe into the blast, saying it looks into external interference among possible causes. Those include “negligence, a missile or a bomb”, he told reporters on Friday.