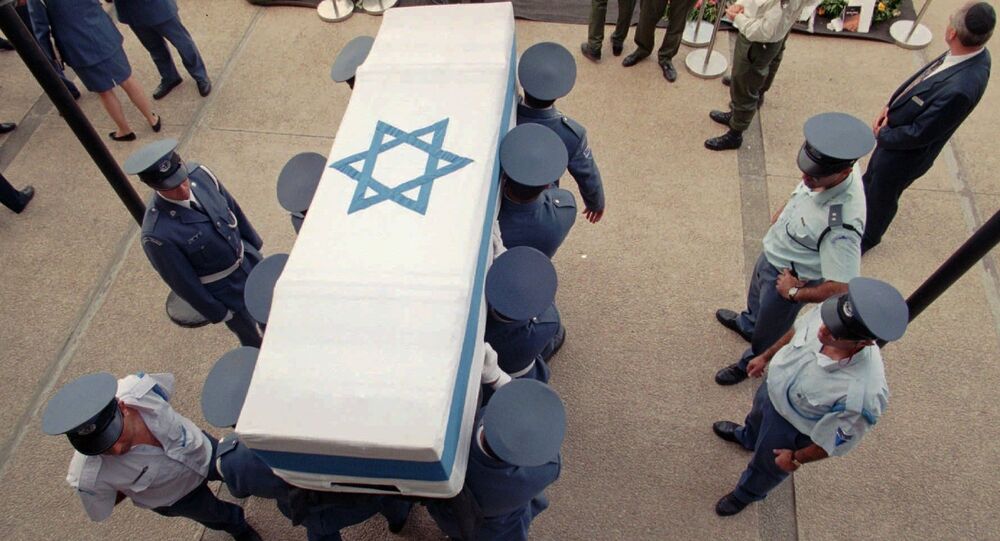 The missing files are thought to go back to at least 1933, 15 years before the state of Israel was established, and to include information on everything from assassinations and military operations to investigations into alleged corruption by senior politicians.

Some 9,689 files, many on sensitive historical subjects, have vanished from the Israel State Archives, and authorities aren’t sure where they’ve gone, Israeli investigative journalism collective The Seventh Eye has reported, citing a freedom of information request filed by Hatzlacha, a local non-profit, for the list of missing documents.

The files in question go back at least to 1933 and the killing of Zionist leader Haim Arlosoroff in what was then the British Mandate for Palestine.  Arlosoroff was assassinated in Tel Aviv on 16 June 1933, just 48 hours after returning from Nazi Germany, where he negotiated the Ha’avara Agreement, which allowed tens of thousands of German Jews to escape Hitler’s Germany and resettle in Palestine, and take roughly $100 million in assets with them. Arlosoroff’s death remains a mystery to this day, with a fascist activist group, Nazi and Soviet intelligence services, and others blamed for the murder.

The missing files are said to relate to a 1982 government inquiry into the killing. The Ha’avara Agreement was controversial among Jewish leaders around the world when it was signed, with its proponents accused of betraying Jews by working with the Nazi enemy.

Other potentially priceless historical documents feared lost include some 106 files on the 1961 trial of former Nazi war criminal Adolf Eichmann, who was famously hunted down and captured by Mossad agents in Argentina in 1960 and brought back to Jerusalem to be tried (and ultimately executed in 1962).

© AP Photo /
The 1961 file photo shows Adolf Eichmann standing in his glass cage, flanked by guards, in the Jerusalem courtroom during his trial in 1961 for war crimes committed during World War II

The missing documents reportedly relate to files from the Israeli police and prosecutor’s office, including information about a discussion Eichmann had with Muslim Grand Mufti of Jerusalem Haj Amin al-Husseini before World War II and the latter’s alleged attempts to block Jewish immigration into the British Mandate for Palestine.

Scores of other sensitive materials, including the Shamgar Commission inquiring into the 1995 assassination of Israeli Prime Minister Yitzhak Rabin, including police documents and minutes, have also disappeared.

Other lost materials deal with corruption allegations against senior Israeli leaders, including documents related to the Ehud Olmert and the ‘Holyland Case’ real estate investigation and 2012-2014 trial. Olmert was released from prison in 2017 after serving 16 months of a 27-month sentence for bribery, fraud, breach of trust and obstructing justice.

Files on other Israeli leaders’ dealings, including those of Golda Meir during the Yom Kippur War, Ariel Sharon and Shimon Peres, are also reported missing, as are documents on Israel’s nuclear program, trade relations with Iran, and the secretive Nativ agency tasked with encouraging immigration to Israel from Eastern Bloc countries during the Cold War.

In its report, The Seventh Eye described the loss of the files as a major blow for historians, pointing out that the State Archives are one important way the public can eventually find out information hidden from them by the government for one reason or another. The outlet also suggests that the real number of missing files may in fact be “considerably higher” than the 9,689 figure listed.

A senior former archivist told the outlet that files designated ‘missing’ are often lost after they are loaned back to the organisations that handed them over and then disappeared. Human error by archival staff, such as putting papers in the wrong box, or pilfering of individual papers by persons working with archives, are another possibility. It’s hoped that the ongoing digitisation of the archives may lead to some of these files’ rediscovery.