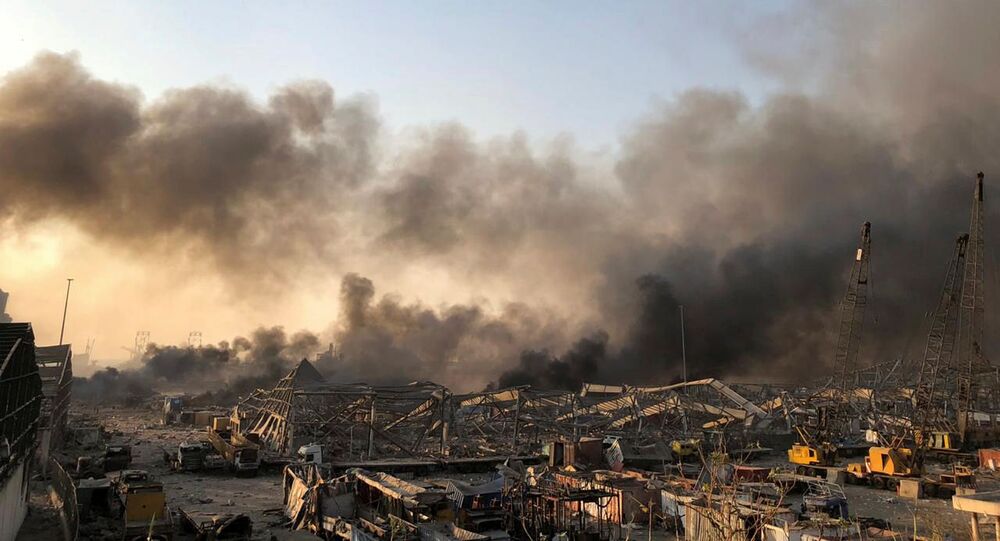 Earlier today, Lebanon's capital Beirut was hit by a powerful blast in its port area, reportedly affecting half of the city and leaving scores of casualties. At least 10 people were killed, according to media reports.

Nazar Najarian, the secretary-general of Lebanon’s Kataeb political party, has died after being critically injured as a result of Tuesday’s powerful blast in Beirut’s port, the Al Arabiya TV channel reported.

Prior to this, the media reported that the politician had fallen into a coma.

​Hundreds of people were wounded in the powerful blast, according to Lebanese health authorities. Reports say that at least 10 people died in the explosion.

A massive fire has engulfed Beirut following the blast. The explosion’s shockwave was felt miles away from the epicentre, hitting residential and office buildings. A Sputnik correspondent reported that the Russian trade mission's building was damaged as well.

The Lebanese authorities have already ruled out an initial theory that the blast was caused by a fire at a fireworks warehouse near the port.

Beirut Governor Marwan Abboud has compared the scope of the incident to the 1945 atomic bombing of Hiroshima.