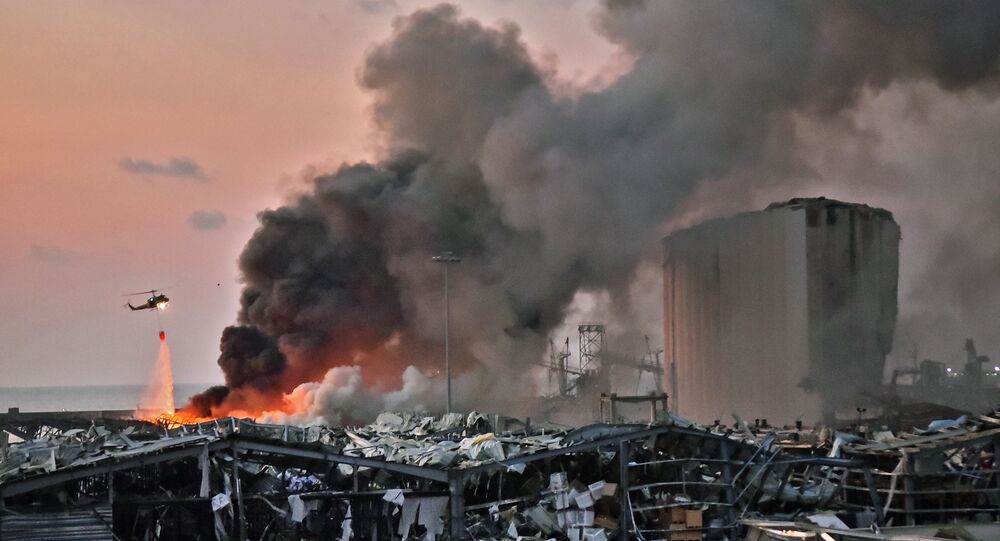 A powerful explosion took place near a port in Beirut on Tuesday, with witnesses saying that the blast sent devastating shockwaves across the Lebanese capital.

Washington is ready to offer "all possible assistance" to Lebanon after a massive explosion ripped through Beirut on Tuesday, the US State Department has announced.

“We extend our deepest condolences to all those affected, and stand ready to offer all possible assistance,” the State Department spokesperson said on Tuesday.

While the department clarified that it has no information about the possible cause of the blast, it is closely watching the developments and working with local authorities to establish whether any US citizens were injured in the incident.

The State Department has also urged American citizens to avoid the areas heavily affected by the blast.

A Sputnik correspondent earlier reported that the explosion occurred near Beirut's port and was preceded by a small pop, followed by a giant mushroom cloud rising above the Lebanese capital.

According to multiple eyewitnesses, the blast was so powerful that it damaged buildings and blew out windows and doors.

The exact number of those injured is yet to be determined, while Reuters has reported, citing its own sources, that at least 10 people were killed in the explosion.