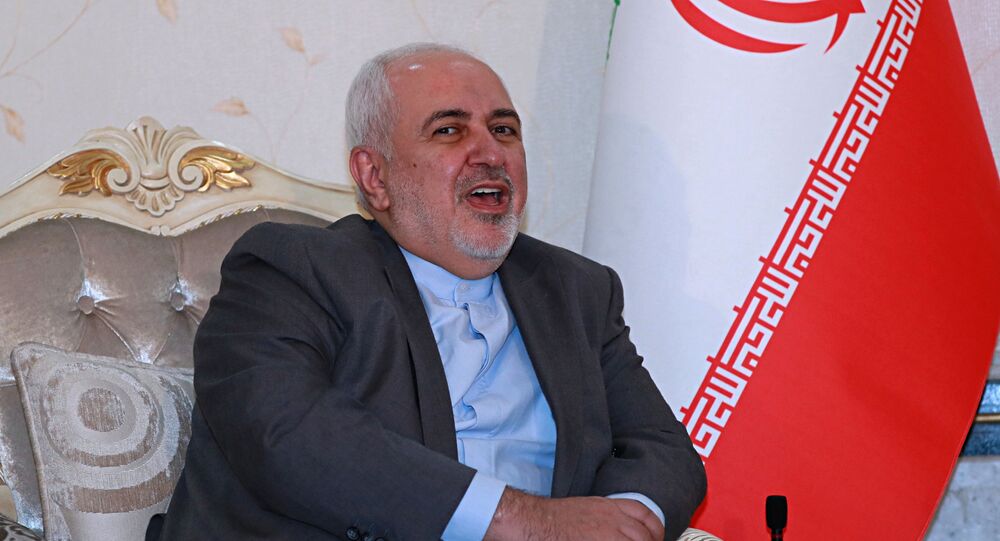 Relations between the United States and the Islamic Republic of Iran have become increasingly strained in recent years, following the 2018 withdrawal by the Trump administration from the 2015 joint agreement pledging a peaceful development of nuclear power.

Iran's Foreign Ministry said in a Sunday statement that it would introduce targeted sanctions on a member of the US-based Foundation for Defense of Democracies (FDD), as relations between the US and Iran continue to worsen.

Richard Goldberg, a former member of the United States National Security Council, is accused of "economic terrorism" by Tehran.

Citing "Articles 4 and 5 of the Law on Confronting Human Rights Violation and terrorist and adventurist acts of the United States in the region" the statement by Iran announced the sanctions as a means to achieve the "objectives of the aforementioned law in imposing sanctions on American entities engaged in economic terrorism" against the country.

The Islamic Republic News Agency (IRNA) said that the sanctions were a response to Goldberg - who served as an aide to former national security adviser John Bolton - pushing for sanctions against Iran, and helping to end the participation of the US in the 2015 nuclear agreement.

This follows an announcement by the Trump administration that it would expand the sanctions of metals connected to Iran's "nuclear, military or ballistic missile programs".

US Secretary of State Mike Pompeo on Friday warned that Iranian weapon systems represent a "grave threat to international peace and security".

“Those who knowingly transfer such materials to Iran are now sanctionable pursuant to Section 1245 of the Iranian Freedom and Counter-Proliferation Act,” Pompeo said.

Pompeo reiterated the position of the Trump administration that Iranian construction is owned and controlled by Iran's Islamic Revolutionary Guard Corps (IRGC).

Iran has repeatedly denied the existence of a nuclear weapons program, an assertion that has been corroborated by the EU, the UN, and US officials.

Relations between Iran and the US began to worsen when President Donald Trump withdrew Washington's signature from the 2015 multilateral Iran nuclear deal, officially known as the Joint Comprehensive Plan of Action (JCPOA) in May 2018.

Tehran had been compliant with the agreement, which was proposed and signed during the Obama presidency, according to international observers.