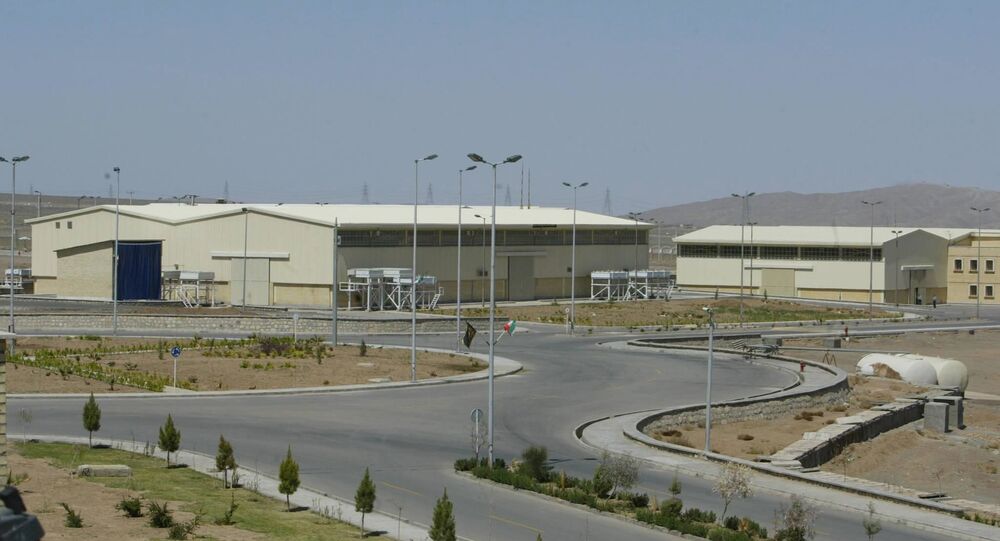 TEHRAN (Sputnik) – Tehran does not consider that an incident that occurred on Iran’s Natanz advanced centrifuge plant in early July was the result of a drone or missile attack, Mojtaba Zonnour, the head of the National Security and Foreign Policy Committee in the Iranian parliament, said on Friday, adding that a reason should be found within Iran.

"The investigation has shown that a source of the blast on the Natanz nuclear facility in the Isfahan province was caused by internal elements," Zonnour said, as quoted by local news agency ISNA, adding that he cannot reveal any extra information.

Tehran does not believe that the explosion was caused by a drone or missile attack, the lawmaker added.

Some local news outlets attributed the explosion to Israel’s act of sabotage. In response, Foreign Ministry spokesman Abbas Mousavi had dismissed these reports, according to Tasnim news agency.

In mid-July, Mousavi warned that consequences will follow if Tehran learns information on the involvement of any country in the incident.

On 2 July, a major explosion hit Iran’s Natanz nuclear plant for enriching uranium. No casualties or leaks of radioactive materials from the facility have been reported.