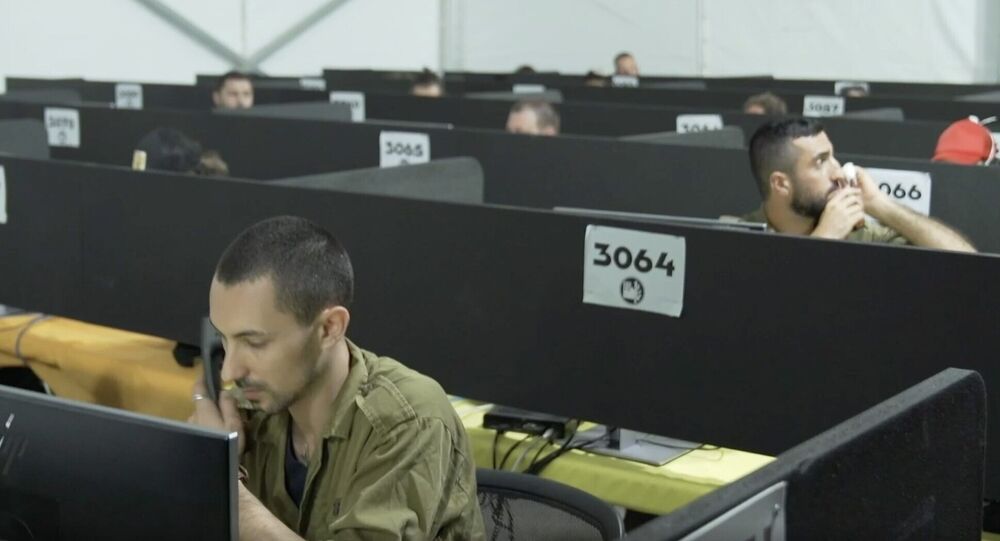 In March, Israeli authorities tasked domestic intelligence agency Shin Bet with using its capabilities to surveil citizens’ movements using cellular data to trace coronavirus transmission. However, that programme was partially shut down amid privacy concerns and after thousands of Israelis were mistakenly instructed to self-quarantine.

The Israeli military is expected to take over the country’s ‘contact tracing’ programme as soon as next week, health authorities have indicated.

According to the Jerusalem Post, the new programme will be run by the IDF’s Home Front Command, with the headquarters to report to national coronavirus commissioner Ronni Gamzu and the Ministry of Health. The HQ is expected to be manned by 1,000 personnel to begin with.

“The [Israel Defence Forces’] involvement is very important because it is a system that can work quickly,” Gamzu was quoted as saying.

Speaking to Army Radio on Friday, Health Minister Chezy Levy said his ministry was preparing for the handover of contact tracing responsibilities to take place in the coming days. “We’re doing everything…so this will happen,” he emphasised.

Gamzu, who was appointed as the state’s coronavirus response czar last week, promised to increased testing and reduce government restrictions in a bid to contain the virus.

Israeli domestic intelligence agency Shin Bet, which was tasked with directing the coronavirus-related contact tracing programme earlier this year, was reportedly partially deprived of this responsibility last month after it was discovered that thousands of Israelis were mistakenly forced to quarantine for a two week period because the technology used to trace their contact with an individual infected by coronavirus could not confirm whether they were within sufficient distance of one another to contract the disease.

Last week, Israeli Channel 13 reported that Shin Bet had been secretly tracking most Israelis’ cell phones for over two and a half years, and not merely since the start of the coronavirus outbreak, as previously believed. The tracking, said to be linked with looking out for Daesh (ISIS)*-related terrorist activity, was said to have been approved by senior Ministry of Justice officials, and has not been subject to oversight from the government or parliament.

In the past six months, Israel has reported a total of over 70,500 coronavirus infections, over 43,800 recoveries and 509 deaths.

* A terrorist group outlawed in many countries, including Russia.