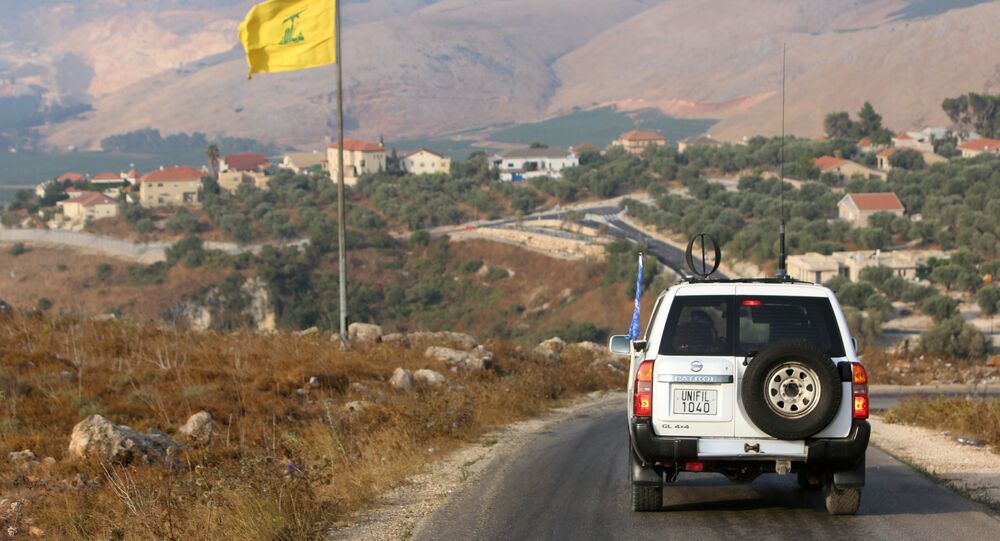 Members of the UN Truce Supervision Organisation have engaged in a sex act in an official car in Israel, according to an internal investigation into the video that made the rounds on the internet last month. Two staffers who were also filmed in the car were suspended earlier this month.

The United Nations has placed a third member of its Middle East peacekeeping mission on unpaid leave over involvement in a sex act in an official vehicle in Israel.

“A third male international staff member who was in the UN vehicle in Tel Aviv has also been identified as having engaged in alleged misconduct,” the United Nations Truce Supervision Organisation (UNTSO) said in a brief statement.

“The staff member has been placed on Administrative Leave Without Pay,” reads the statement.

An investigation into the incident is ongoing at the Office of Internal Oversight Services, an independent oversight body within the UN.

The move came in response to the publication of a video in which a woman in a red dress is seen straddling a man in the back seat of a vehicle with UN markings on a main street by Tel Aviv’s seafront. In the video, another man appears to be asleep in the passenger seat and the driver is not visible.

Two unnamed male staffers in the vehicle were put on unpaid leave earlier in July after having been identified as “having engaged in misconduct, including conduct of a sexual nature”.

The UN chief, along with the Truce Supervising Organisation, said they were “deeply disturbed” by the contents of the video and described the staffers’ behaviour as “abhorrent” and contradicting UN values.

Established in 1948, UNTSO was initially tasked with monitoring the peace agreement between Israel and the Palestinians. It also provides observers the UN observer groups in Lebanon and the Golan Heights.

The organisation, which is headquarters in Jerusalem, has 153 military observers supported by 91 international and 153 local civilian staff.

This is not the first incident involving sexual exploitation or abuse on the part of UN peacekeeping forces.

UN Minusca peacekeepers have been accused of raping or attempting to rape women and underage girls in several African countries, including the Central African Republic and Cameroon, and sexually abusing and impregnating teenage girls in Haiti.

There were 175 documented allegations of sexual exploitation and abuse against UN workers worldwide in 2019, about half of them against peacekeeping forces, according to a UN report.