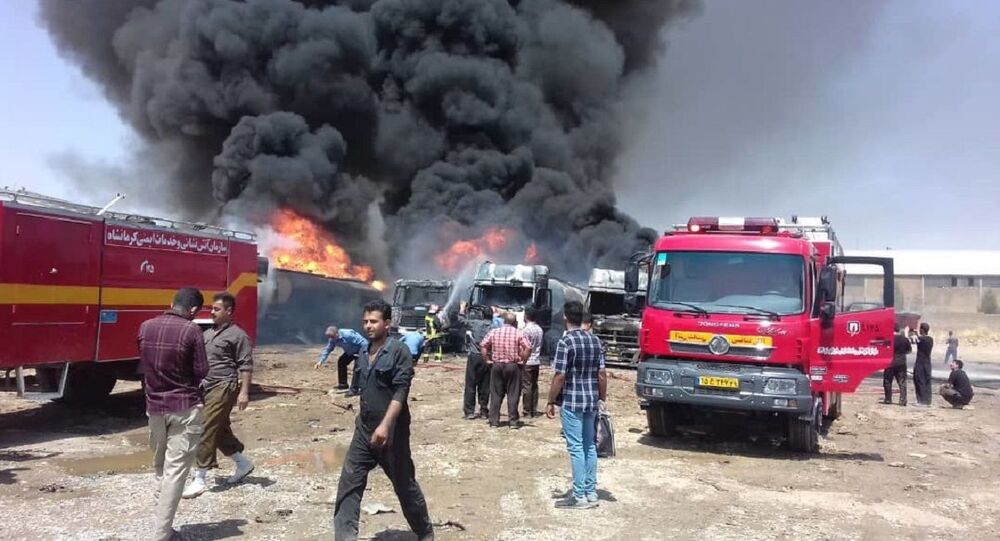 Over the past few weeks, a series of fires and explosions have hit sensitive Iranian facilities. In early July, a blaze swept through a uranium enrichment facility in Natanz, and a blast was reported at a gas storage tank east of Tehran. In mid-July, a fire broke out at a plant producing liquefied natural gas in the city of Fariman.

A fuel tank has caught fire after a blast in the western Iranian province of Kermanshah, the Mizan news agency reported.

"An explosion in a fuel tank occurred in the parking lot of the Dolat Abad industrial area", Mizan said.

According to the media outlet there are no casualties as a result of the incident.

Meanwhile, Iran's Student News Agency ISNA has reported that the blast caused a major fire in the area.

According to media reports, the fire erupted during maintenance work on the engine of a car. The blaze then spread to eight other vehicles.

The firefighters put out the conflagration. Four people were taken to hospital with injuries, reports add.

Earlier this month, a major explosion hit the Natanz nuclear site, the country's primary uranium processing compound, while a separate blast ripped through the Parchin military complex near the Iranian capital Tehran.

The Natanz facility is reportedly the site where Tehran set up advanced centrifuges in November 2019 in retaliation for the US withdrawal from the JCPOA.

Washington withdrew and re-imposed crippling economic sanctions against Iran in May 2018, in what prompted Tehran to announce in May 2019 that it had started suspending its JCPOA obligations.