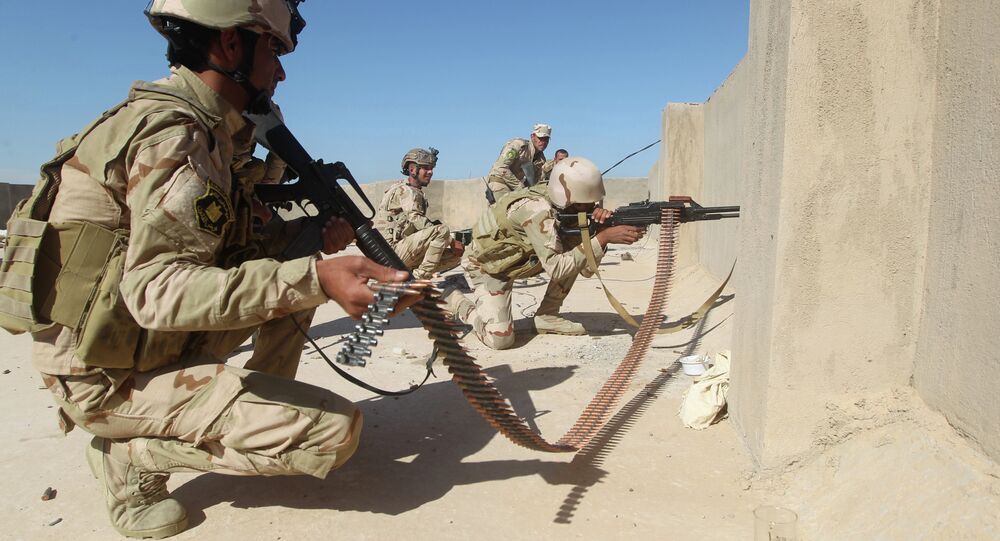 The situation in Iraq has been worsening in recent months, with more attacks taking place every week. One of the last ones occurred on 19 July, when two rockets fell near the US Embassy in Baghdad's Green Zone, where diplomatic missions are located.

Explosions have hit Iraq's Al-Saqr military base, located some 10 miles south of Baghdad, a statement from the armed forces said. According to Reuters, citing security sources, the military base where the multiple explosions took place is used as an ammunition depot by the Iraqi police and military.

"The ammunition depot of the Iraqi federal police was hit by a blast. The blast was caused by the high air temperature and improper storage of weapons", the press service of the Iraqi security services said, as quoted by Iraq's INA news agency.

The daytime temperature in Baghdad has soared above 50 degrees Celsius (122 degrees Fahrenheit) for several days.

The explosions took place days after four Katyusha rockets hit a military base used by US-led coalition troops south of Baghdad and caused some material damage, according to the Iraqi military.

The situation in Iraq has been highly unstable for years due to the activities of Daesh, which lost all the territories it had previously seized in the country, but continues to stage attacks across the Arab nation.