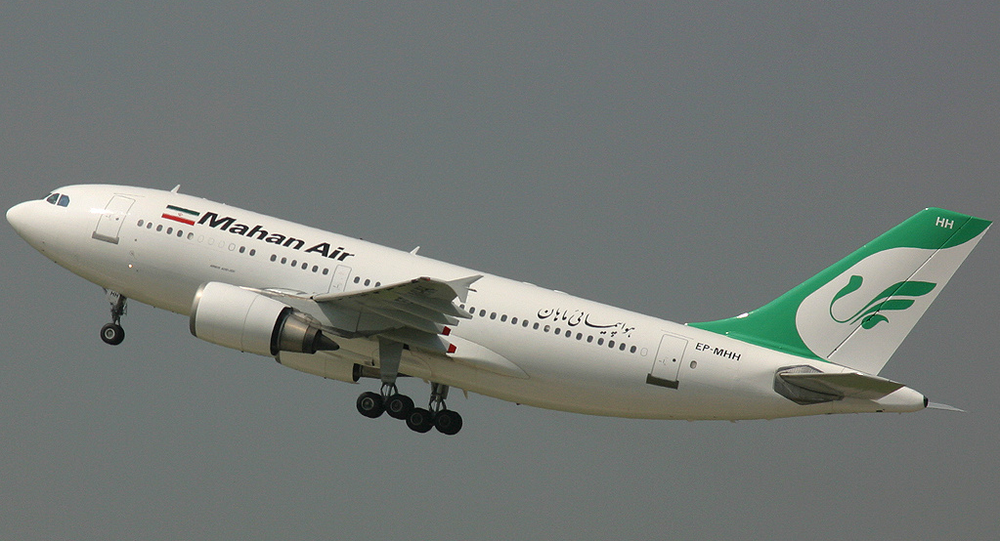 Already strained relations between Tehran and Washington suffered another setback on Thursday after a Mahan Air passenger jet with over 150 people onboard was forced to take evasive maneuvers over Syrian airspace after being intercepted by two US F-15 fighter jets.

Any further US “crimes” like Thursday’s harassment of an Iranian passenger jetliner will only expedite the demise of “arrogant” US allies like Israel, Iranian speaker of parliament Mohammad Baqer Qalibaf has warned via Twitter.

Indicating that he had been briefed on “the details of the adventurist American terrorists’” actions, Qalibaf alleged that US officials were “lying” when they said that the they performed a routine, “standard visual inspection” of the Iranian jet.

According to Qalibaf, he was told that the Mahan Air pilot received two traffic collision avoidance system warnings due to the proximity of two warplanes above and below the airliner.

“The Americans made an attempt to prepare the ground for a possible mistake in order to achieve their preplanned sinister objectives. Any crime by the Americans will undoubtedly accelerate the humiliating destruction of arrogant [powers] in the region, particularly the sinister Zionist regime,” Qalibaf wrote.

On Saturday, Iranian judiciary human rights office chief Ali Bagheri-Kani announced that “all Iranian and non-Iranian passengers” aboard the Mahan Air Airbus A310 involved in Thursday’s incident would be able to file a lawsuit against US Army “commanders, perpetrators, supervisors and deputies” in Iranian courts “for moral and physical damages.”

Mahan Air Flight 1152 on route from Tehran, Iran to Beirut, Lebanon was intercepted by US fighter jets over the US garrison at At-Tanf in southern Syria on Thursday. Iran says a dozen passengers received injuries of varying severity after the plane was forced to rapidly change its altitude due to a collision alert. The US military says its warplanes never approached any closer than 1,000 meters of the plane, and justified the inspection on the basis of the need to ensure the protection of its forces at its Syrian garrison.

© Photo : IRIB News/Screenshot
Videos: Iranian Airliner Swerves to Avoid US F-15 Jet in Syrian Airspace, 4 Passengers Injured
On Friday, Tehran submitted a formal complaint with the ICAO over the incident, with Iranian officials describing the event as an “act of terror” and a violation of international rules on the use of airspace. Foreign Minister Mohammad Javad Zarif urged the international community to “stop” the US “outlaws” occupying Syria before they caused a “disaster.”

Iranian Minister of Culture Seyyed Abbas Salehi accused the US of engaging in “state terrorism” “in the air, on the ground, and at sea,” and compared the close call to Iran Air Flight 655, an incident which took place in July 1988 in which a US warship shot down an Iranian commercial aircraft flying over Iranian airspace in the Persian Gulf, killing all 290 passengers and crew onboard.