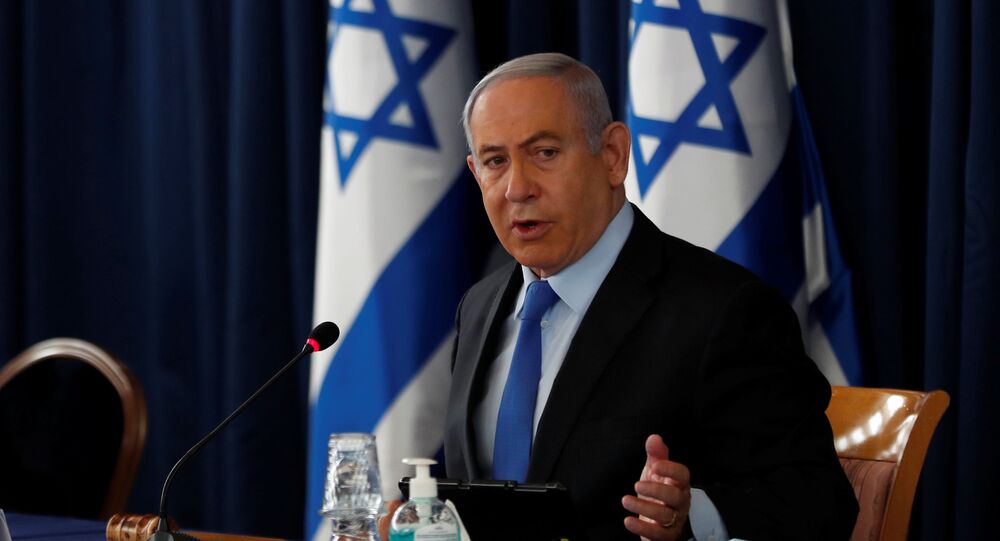 Another round of Israeli elections might just be around the corner as the chasm between Netanyahu and his coalition partners continues to grow. While polls predict a general vote would be suicidal for the premier, who lost his popularity over the handling of the pandemic, reports suggest that it might be his only way out to keep himself afloat.

It was a busy week for Israeli politicians and a week that made many journalists wonder how long the coalition of Prime Minister Benjamin Netanyahu and Blue and White party chief Benny Gantz will actually last.

On Wednesday, Israel's parliament, the Knesset, started voting on the so-called conversion therapy law that would ban the practice, which is common among religious circles in Israel.

Netanyahu's Likud Party, that heads a conservative bloc which has a religious agenda voted, as expected, against the law. Its partners, the Blue and White party, voted in favour, triggering a barrage of criticism from their coalition partners.

"We are on the verge of an abyss. It is not an exaggeration," said the head of the religious Shas party Arieh Deri, suggesting that another round of elections was just around the corner.

But he was not the only one. Speaking to an Israeli channel, the Minister of Labour and Social Welfare, Itzik Shmuli, who is also part of the coalition, said that elections were up in the air, with PM Netanyahu setting and pursuing this target.

Although disagreements between coalition partners are nothing new, the recent spat is only a tiny addition to the already brewing tensions. The biggest bone of contention is the national budget.

While Gantz is putting an emphasis on the need to approve a two-year budget, saying it is needed for Israel's stability, Netanyahu prefers a one-year approach, stressing that in a time of a crisis like that brought on by the coronavirus, which Israel is grappling with right now, passing a long-term plan wouldn't make any sense.

The problem is that the coalition partners have very little time to put their differences aside and reach an agreement.

According to Israeli law, the budget should be submitted to a Knesset vote no later than 60 days before the beginning of the fiscal year (in other words, the end of October) or else the parliament will automatically dissolve itself, leading to another general vote, the fourth in two years.

Heading to Yet Another Vote?

However, polls suggest that yet another round of elections would be suicidal for Netanyahu. The second outbreak of the pandemic, which has already claimed the lives of more than 400 Israelis, has led to a significant drop in the PM's ratings, with 61 percent of those asked saying they were not happy with the way Bibi's government was handling the crisis.

Another survey revealed that if the elections took place today, Likud would receive only 31 seats in Israel's 120-seat parliament, a significant drop from the 41 it obtained during the first wave of the pandemic.

Netanyahu is aware of those numbers and although he might be hesitant to jump into the deep waters of elections, which would cost Israeli taxpayers more than a billion US dollars, reports suggest that there is still one reason that could push him to make that move: his own corruption trial set to kick off in January.

Charged with bribery, corruption and breach of trust in a series of graft probes that include buying positive media coverage and receiving illegal gifts from a rich donor, Netanyahu is expected to appear at a Jerusalem court three times a week; and this is something he would like to postpone as long as possible.

Going for elections is likely to achieve that goal and will also distract public's attention from the ongoing economic crisis that has pushed unemployment rates to previously-unknown levels.

The only problem with that calculation is that the angry masses that have been demonstrating for weeks now are unlikely to swallow that bitter pill that will put an extra burden on the already staggering economy, so the only way out for Netanyahu, if he does want to push for elections, is to convince the public that his coalition partners didn't leave him any other choice.