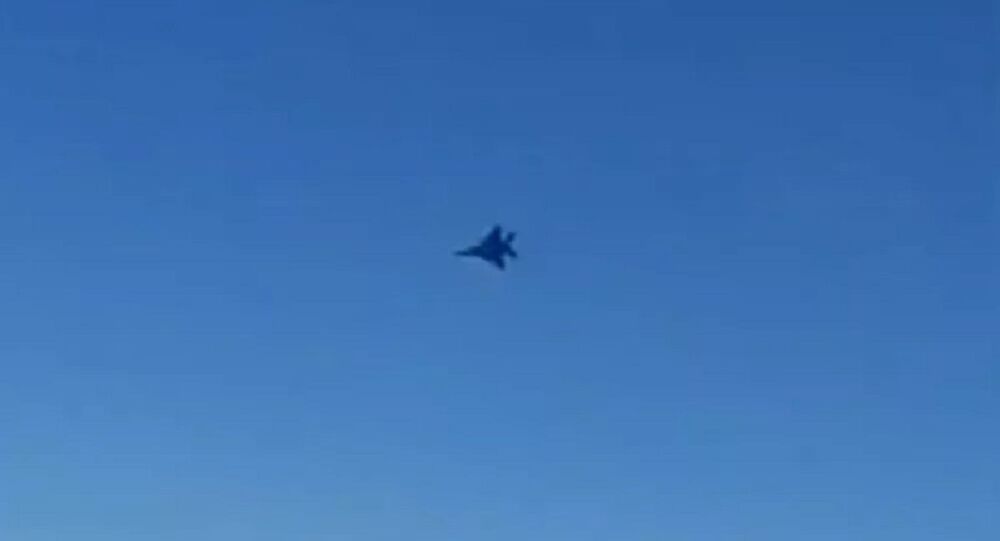 An Iranian airliner was intercepted over Syrian airspace on Thursday by at least one US Air Force F-15 Eagle fighter jet, making what Iranian media characterized as an "aggressive" close pass that caused the passenger plane to take evasive action.

According to Islamic Republic of Iran Broadcasting (IRIB), Mahan Air Flight 1152 on its way to Beirut, Lebanon,  from Tehran, Iran, was approached closely on Thursday by two aircraft, which identified themselves as American.

IRIB initially reported just one aircraft, which was purported to be Israeli. The news outlet noted that after the "dangerous action" by the jets, the airliner pilot quickly reduced altitude to avoid a collision. Al-Hadath reported four wounded passengers, and Lebanese authorities said there were 150 passengers on board.

The Israel Defense Forces (IDF) released a statement later on Thursday refuting claims the aircraft was Israeli. Meanwhile, Syrian media has reported there were two intercepting aircraft, which were part of the US-led international coalition, and that the intercept happened near the remote at-Tanf base in extreme southeastern Syria, which the US controls.

"A US F-15 on a routine air mission in the vicinity of the CJTF-OIR At Tanf garrison in Syria conducted a standard visual inspection of a Mahan Air passenger airliner at a safe distance of approximately 1,000 meters from the airliner this evening," a spokesperson from US Central Command said Thursday evening, reporting just one jet involved in the incident.

"The visual inspection occurred to ensure the safety of coalition personnel at At Tanf garrison. Once the F-15 pilot identified the aircraft as a Mahan Air passenger plane, the F-15 safely opened distance from the aircraft. The professional intercept was conducted in accordance with international standards," the statement continued.

Video captured on board the flight and shared on social media shows the aircraft jolting back and forth during the maneuver as passengers scream.

​A video shared by IRIB shows the offending aircraft, with the silhouette of an F-15 Eagle air superiority fighter clearly visible.

© Photo : IRIB News/Screenshot
A purportedly Israeli jet fighter that flew close to an Iranian airliner over Damascus, Syria, on July 23, 2020

​The Iranian airliner later landed at Beirut airport safely and has since returned to Tehran. It's unclear if it was carrying passengers on the return flight.

The Iranian Foreign Ministry said in a statement it was studying what happened to the plane in order to take the necessary political and legal measures in response.