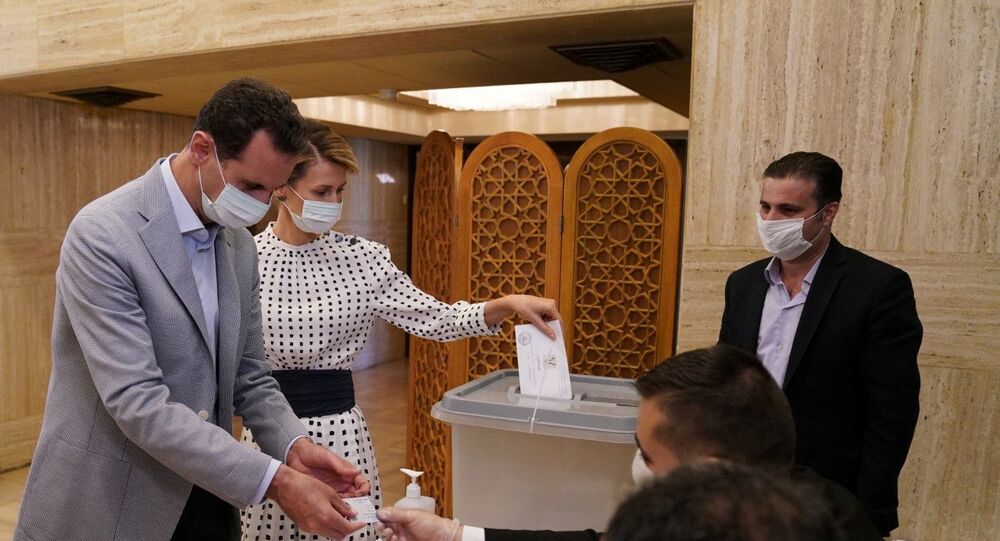 DAMASCUS (Sputnik) - Syrian President Bashar Assad and his wife, Asma, have cast their ballots in Sunday’s legislative elections at a polling place in the Ministry of Presidential Affairs in Damascus.

At 8:00 a.m. (05:00 GMT), more than 7,300 polling places opened their doors across the country. The National Progressive Front, headed by the ruling Baath Party, is heavy favourite to secure an absolute majority.

In total, over 1,600 candidates are vying for the 250 seats of the unicameral parliament.

The novelty of the current vote is the democratization of the nomination process in the Baath party. This year, candidates were elected at conferences of regional branches, not by the decision of the party’s central leadership.

The legislative elections are the third since the start of a conflict in Syria in 2011 and those with the largest territory under government control since.