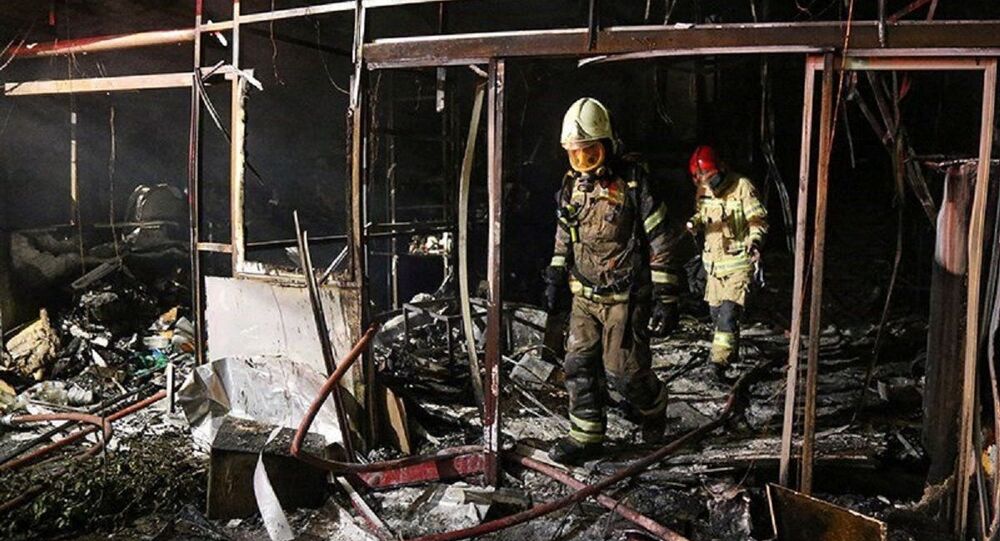 Iran in the past weeks has suffered a series of unexplained incidents at sensitive sites linked to its military and nuclear programme. Some of them have been attributed to Israel, which would not publicly confirm or deny its role.

There are concerns in Europe that Israel might be trying to drag the United States into a conflict with Iran before the November general election, an anonymous EU official has told Business Insider.

“I fear the Israeli plan here is to provoke an Iranian response that can turn into a military escalation while Trump remains in office,” the EU official was quoted as saying.

The US president, who champions a “maximum pressure” Iran policy and is a staunch Israeli ally, is trailing in the polls behind his rival Joe Biden with less than four months to go until the next election.

Biden, who was the vice president when the US negotiated the 2015 nuclear deal with Iran, has criticised Trump for quitting the agreement and signalled that he would rejoin it if he gets elected.

“There would be a lot less appetite for adventures and secret missions to blow up nuclear facilities under a Biden administration,” the EU official noted.

Blasts and fires with unidentified causes of origin have rocked Iran in the past several weeks. Those included a blaze at a shipyard in Bushehr on 15 July and explosions at an aluminium factory in Lamerd on 14 July, at the uranium enrichment facility in Natanz on 2 July, in a health centre in Tehran on 30 June, and at the military complex in Parchin and the power station in Shiraz on 25 June.

Iranian officials said they suspected sabotage in some cases, while blaming most incidents on gas leaks and some on human errors. Meanwhile, there were reports that Iran has put portions of its air defences on high alert in recent days.

An unnamed Middle Eastern intelligence official was quoted in a 5 July New York Times article as saying that the explosion at Natanz was the result of Israel planting a bomb at the facility. The official said that Israel was not linked to other fires in Iran reported before that date.

Israel was also said to have been behind the cyberattack that temporarily disrupted Iran’s port of Shahid Rajaee in May.

Israel has not publicly denied or confirmed reports linking it to the incidents in Iran. Foreign Minister Gabi Ashkenazi told reporters on 5 July that Iran represents an “existential threat” to Israel and that Tel Aviv’s actions in regard to Iran “are better left unsaid.”

It is “common knowledge” in the Israeli intelligence community that the country’s agents were behind at least some of the incidents, a former Israeli defence official told Business Insider on condition of anonymity.

“I don’t know which ones exactly and wouldn't tell you anyway because the entire point is for the Iranians to feel considerable stress trying to decide what might have been our work,” the official said, adding that Israel decided to follow Trump’s “maximum pressure” policy.