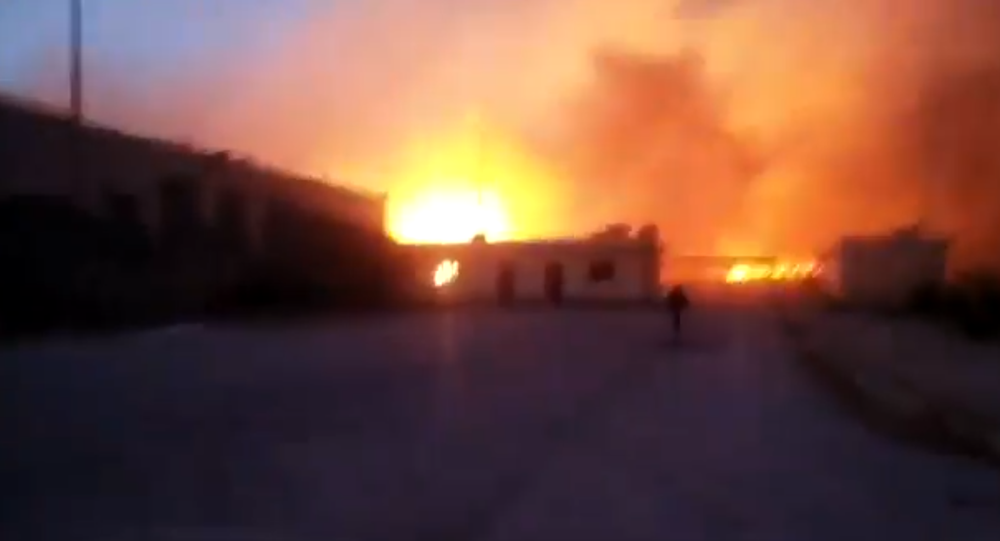 The oil-rich eastern Syrian provinces of al-Hasakah and Deir ez-Zor have been rife with tensions in recent months amid competing claims for control by the Damascus government, the US-allied majority Kurdish Syrian Democratic Forces (SDF), Turkey-backed militants, and remnants of the Daesh (ISIS)* terrorist group.

The initial blast was said to have taken place at around 8 pm Wednesday in the neighbourhood of Mesherfeh in the city’s western outskirts, with several more explosions said to have followed shortly thereafter.

Large explosions at Kurdish militia weapons storage sites in addition to the blasts at #SDF headquarters in the Mushirfa district of #Hasakah city. No reports on fatalities but at least 8+ injured #Syria #Syrianarmy🇸🇾please feel free to follow for daily Syrian Arab Army updates🇸🇾 pic.twitter.com/sRs3bqXLYh

Sources said the blasts led to the tightening of security in the city, including low-altitude helicopter flights over al-Hasakah.

It’s estimated that as many as 10 militiamen were wounded.

Al-Mayadeen TV reported that one of the explosions targeted the SDF’s regional headquarters.

Multiple Explosions Occured At An #SDF Weapons Depot From The Mesherfeh Neighborhood In The Northern Part #Hasakah City Of #Rojava #Syria pic.twitter.com/9J75lTKs6Q

An #SDF Fighter Says That They Were Hit By A Jet And This Caused The Huge Explosion
5 People Were Injured And Were Taken To The National Hospital In Aziziyah Neighborhood While 3 Others Were In The Field Hospital From Mesherfeh Neighborhood Due To The Armory Explosion In #Hasakah pic.twitter.com/XHdpHt8cOC

No group has taken responsibility for the blast, although Kurdish activists suspect a Turkish drone may have been involved. The SDF is known to be in active conflict with Turkey-backed militants who are stationed in the north of the al-Hasakah region. Remnants of the Daesh terrorist group, which the Kurdish militia has also fought, are also known to be active in the area.

Earlier this week, Syrian media reported that the SDF’s US allies had brought additional reinforcements and logistical materials to al-Hasakah after the militia had reinforced its positions in a number of government buildings in the regional capital.

The SDF and US forces have not commented on the incidents.

Control of northeastern Syria is divided between the Syrian Army, the SDF and its US allies, as well as Turkey-backed militants who entered the region during Ankara’s abortive invasion in late 2019. The regions of al-Hasakah and Deir ez-Zor contain the vast majority of Syria’s oil wealth, and Damascus sees their return as a key source of funds for reconstruction. The Trump administration, meanwhile, has repeatedly voiced its plans to “keep” Syria’s oil, and to prevent it from falling into the hands of either the Syrian government or Daesh.