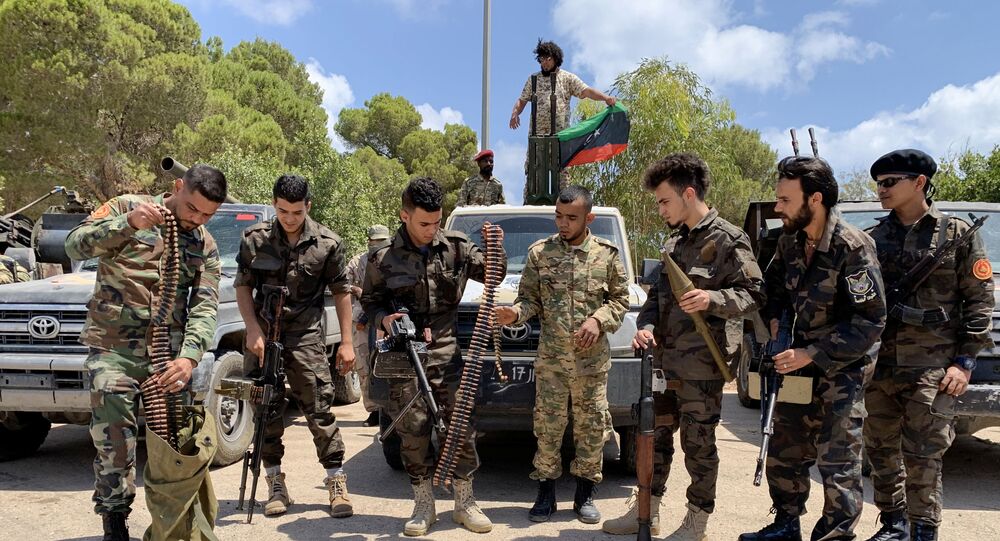 EU foreign policy chief Josep Borrell has said that EU ministers of foreign affairs had agreed during the Monday meeting in Brussels to ensure the effectiveness of the Operation IRINI to control the arms embargo on Libya. According to Borrell, the ministers agreed to urge Turkey to comply with the UN embargo on arms supplies to the North African country.

"If the EU wants to contribute to a peaceful resolution of the Libyan crisis, it must abandon the double standards associated with the Operation IRINI and support international legitimacy [of the Libyan National Army] in accordance with the decisions of the UN Security Council," Aksoy said in a statement.

According to the diplomat, Turkey has been saying from the very beginning of the crisis in Libya that there is no military solution to it and that Ankara is contributing to international efforts to intensify the political process in this country under the auspices of the UN.

Libya has been suffering from internal conflict since its long-time leader Muammar Gaddafi was overthrown and killed in 2011. At the moment, the east of the country is ruled by the parliament, while the west is controlled by the Tripoli-based Government of National Accord (GNA), which was formed with the help of the United Nations and the European Union. The authorities in the east cooperate with the Libyan National Army (LNA), which has been attempting to take control of Tripoli.

The European Union has said Operation IRINI’s main task is to fully enforce the UN arms embargo on Libya through the use of maritime, aerial and satellite assets.