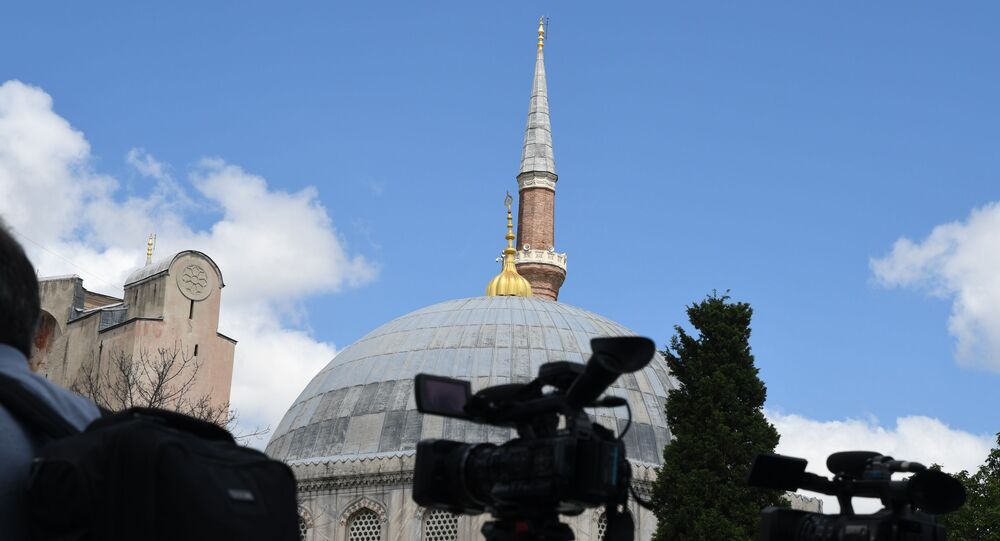 MOSCOW (Sputnik) - Turkey's decision to convert Istanbul’s Hagia Sophia into a mosque is the country's domestic affair that no one should interfere in, Russian Deputy Foreign Minister Sergey Vershinin said on Monday, stressing the importance of the global cultural heritage.

"You know that this matter has triggered a public outcry in our country and beyond. In general, we assume that this is Turkey's domestic matter, which neither us nor anyone else should meddle in, obviously. At the same time, we note the value of the building as a site that is part of global culture and civilization", Vershinin told reporters.

On 10 July, Turkey's highest administrative court annulled a 1934 cabinet decree that converted Hagia Sophia into a museum. President Recep Tayyip Erdogan signed a decree, under which the site, founded in 537 AD as a Byzantine cathedral, is expected to open for Muslim prayers on 24 July.

The decision led to a global backlash, with numerous countries and Christian leaders criticising Ankara for the move.