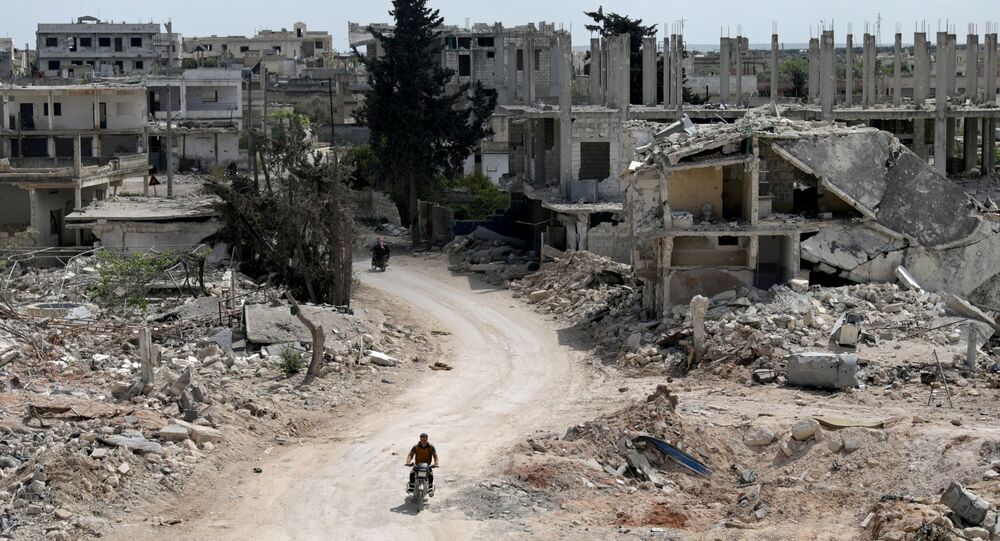 MOSCOW (Sputnik) - The Syrian armed forces have repelled up to 250 militants who launched an attack in Idlib province, with eight insurgents killed in the fighting, Rear Adm. Alexander Shcherbitsky, the head of the Russian Defence Ministry's centre for Syrian reconciliation, said on Saturday.

The head of the centre for Syrian reconciliation noted that the Syrian armed forces repelled the attack and suffered no casualties.

"At around 09:30 [06:30 GMT] on 10 July, two groups of militants from illegal armed groups, totalling up to 250 people from the Zaytunjik settlement attacked government troops' positions near Shamshuran and Kara-Dzhagez [Idlib province]", Shcherbitsky said.

Numerous attacks have recently been conducted by militants from the Hayat Tahrir al-Sham (formerly known as Al-Nusra Front*) in the Syrian provinces of Idlib, Aleppo, and Latakia, the Russian military said earlier.

As of today, Idlib remains one of the four de-escalation zones, established by Russia, Iran, and Turkey back in 2017, that is not under the full control of the Syrian government. Damascus has said that the armed factions in Idlib province have ignored the ceasefire agreement and repeatedly attacked Syrian government forces.