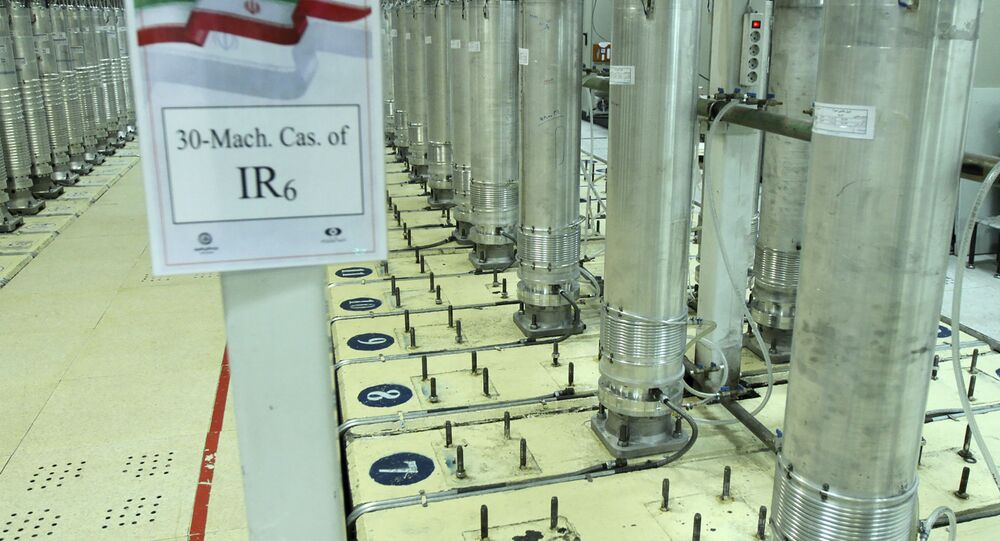 On Friday, the Iranian Foreign Ministry warned that if Tehran finds out that "foreign elements" were behind the 2 July explosion at the Natanz nuclear site, there will be consequences.

Iranian media outlets have indirectly accused the US and Israel of being behind a blast at the Natanz nuclear facility in early July, even though Tehran is yet to issue an official statement on what caused the explosion, the London-based news outlet Middle East Eye reports.

The outlet referred to the online version of the Iranian newspaper Hamshahri which argued that the Natanz explosion's time and location indicates that "the attackers had chosen a time and place that would not cause any casualties" and "would not damage sections with radioactive materials".

The newspaper also drew parallels between the blast and the assassination of top Iranian general Qasem Soleimani on 3 January in a US drone strike in Baghdad.

The Middle East Eye also cited Nour News, an outlet close to Iran's Supreme National Security Council, as saying that possible Israeli involvement in the Natanz blast could have been be greenlighted by the US.

"If we accept that the Zionist regime's role [in the explosion] is true, then we have to accept that they had received US approval to directly engage with Iran. It is very unlikely that Israel and the US have carried out such madness without thinking of its consequences", Nour News asserted.

The speculation comes as Iranian Foreign Ministry spokesman Abbas Mousavi said in a statement on Friday that "it is early to comment about the cause of the recent incident at the Natanz nuclear site" and that "the relevant authorities are investigating the incident in detail".

According to him, if Tehran concludes that "foreign elements" were involved in the explosion, they will face consequences.

The statement followed the Kuwaiti daily al-Jarida citing an unnamed "senior" source as saying earlier this month that the Natanz explosion, as well as last week's blast at Iran's Parchin military complex were Israel's work.

The source claimed that the Parchin incident was the result of an air strike conducted by Israeli F-35 stealth fighters, while the Natanz explosion was caused by an Israeli cyber-attack against the uranium enrichment plant.

No casualties or leaks of radioactive materials were reported after the 2 July blast at the Natanz nuclear site. It remains Iran's main uranium processing facility, where Tehran reportedly installed new cascades of advanced centrifuges in November 2019 in retaliation for Washington's earlier unilateral exit from the 2015 Iran nuclear deal, also known as the Joint Comprehensive Plan of Action (JCPOA).

© REUTERS / TURKISH FOREIGN MINISTRY
Iran's FM Says US Must Compensate Tehran for Sanctions Damage No Matter Who Becomes Next President
The Natanz incident occurred about a week after a blast ripped through the Parchin military complex located about 30 kilometres (18 miles) from the Iranian capital Tehran, in what Iranian authorities said was the result of "leaking gas tanks".

Iranian authorities have, meanwhile, rejected Thursday's reports about new blasts in two cities near Tehran as they reportedly blamed western countries for waging a psychological war against the Islamic Republic and spreading unverified information online.

"There was no explosion in the city of Qods, or even in [neighbouring] Garmdareh", Qods governor Leila Vaseghi said, citing a power outage which she added was a result of a malfunction in one of the local hospitals that lasted for around five minutes.