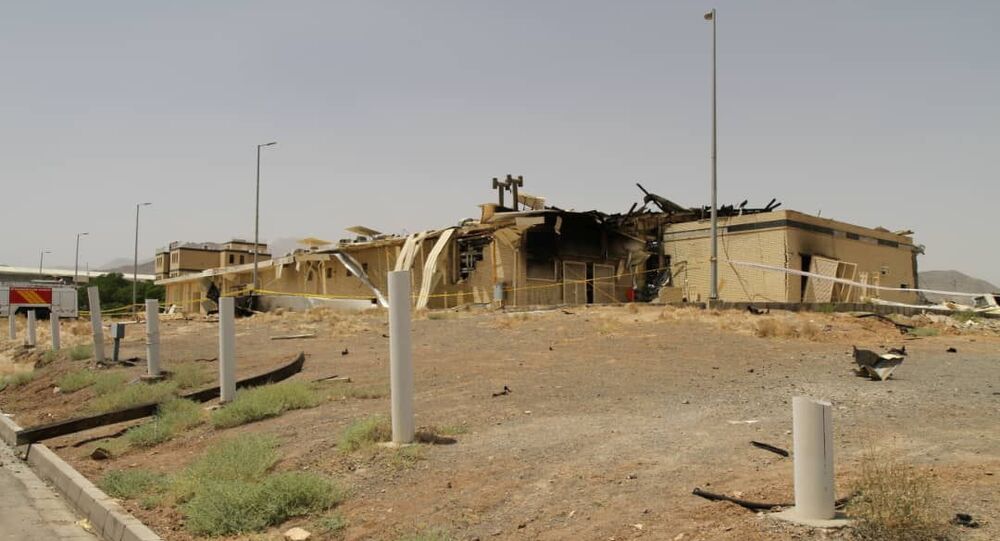 TEHRAN (Sputnik) – Iran has warned about consequences if Tehran learns information on the involvement of any country in the recent incident that took place on the Natanz advanced centrifuge plant, Foreign Ministry spokesman Abbas Mousavi said on Friday.

"It is early to comment about the cause of the recent incident in Natanz nuclear site, the relevant authorities are investigating the accident in detail and will announce the cause of the incident even if foreign elements have been involved in the case," Mousavi said, as quoted by Tasnim.

These actions will have consequences, the spokesman added.

On 2 July, a major explosion hit Iran’s Natanz facility for enriching uranium. The official explanation is yet to be named. According to various news outlets, the blast could be an act of sabotage conducted by Israel.

© AP Photo / Atomic Energy Organization of Iran
NYT: 'Powerful Bomb' Planted by Israel Behind Natanz Station Explosion
However, the spokesman has dismissed these reports, according to the local Tasnim news agency.

No casualties or leaks of radioactive materials from the nuclear facility have been reported.

Earlier in the day, the Iranian authorities denied reports on another alleged explosion, occurred in the western part of the Tehran province, particularly in the city of Qods, late on Thursday.