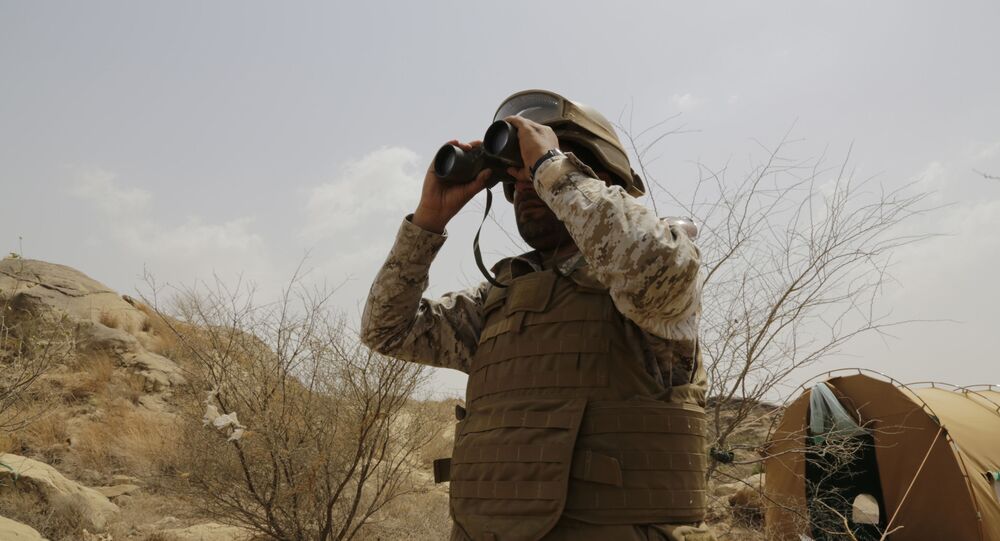 CAIRO (Sputnik) – The Shia Houthi rebels have suffered significant losses in an airstrike launched by the Saudi-led coalition on Yemen’s Houthi-held central province of Sanaa, the press service of the Yemeni Armed Forces said.

"The coalition’s air force destroys reinforcements of the Houthi militia when heading to the fronts of Salb and Najd al-Atak in the Nihm district in the east of the Sanaa province," the press service wrote on Twitter late on Tuesday.

​The step came a day after the Yemeni troops had established control over a number of Houthi positions in the area of Najd al-Atak in the wake of attacks that left several members of the group killed and injured.

In turn, the Houthi-run Al Masirah broadcaster reported in its daily update that the Arab alliance conducted over 35 airstrikes on the provinces of Al-Jawf, Al Bayda, Marib and Hajjah.

Al-Jawf and Hajjah share the border with Saudi Arabia.

Recent weeks have seen an increase in drones, missiles and other projectiles hurled toward Saudi Arabia from the rebel-held territories.

On Tuesday, the Houthi rebels threatened that they might target the kingdom's royal palaces and bases used for military purposes.

The alliance has been carrying out airstrikes against the rebel Houthi movement at the request of Yemen’s legitimate government, led by President Adbrabbuh Mansour Hadi, since March 2015.