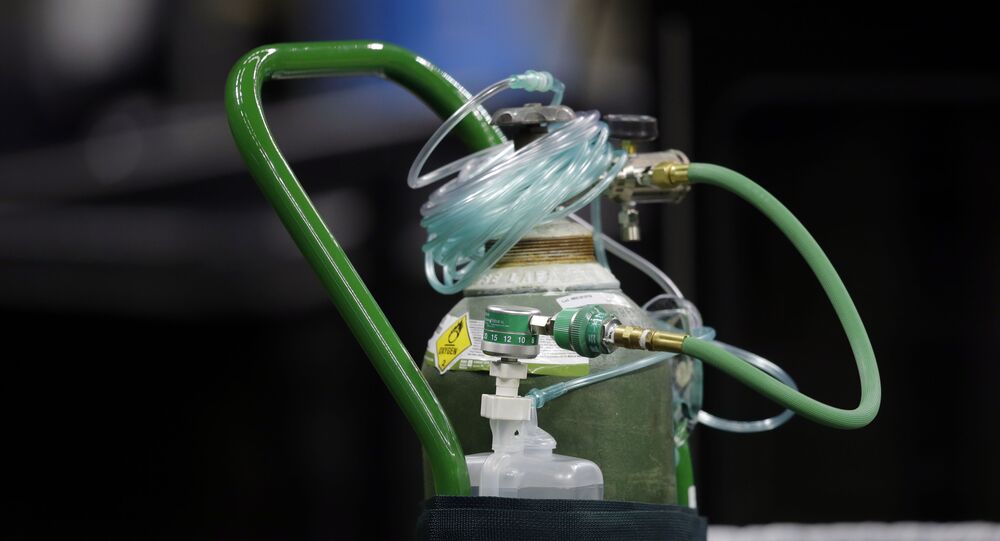 The explosion follows a string of similar incidents across the country in recent days, including a gas explosion at a Tehran clinic on 30 June which killed at least 19 people, an explosion at a nuclear enrichment facility in central Iran on 2 July, and a fire at a power station in southwestern Iran on 4 July.

The blast was said to have taken place at the Oxijen plant in Baqershahr, and industrial zone about 23 km south of Iran's capital, with local administrator Amin Babaei saying the explosion was caused by "workers being negligent while filling oxygen tanks".

"The explosion...was so powerful that the walls of the Saipapress factory nearby were also totally destroyed," Babaei added.

The blast reportedly took place just after 3 am local time, with firefighters arriving on the scene shortly after the fire began, preventing it from spreading to nearby factories.

Also on Tuesday, authorities in Ahvaz, southwestern Iran reported that a gas explosion had taken place in a sewing workshop, with five women injured and taken to hospital. The explosion followed a blast in a residential area of Ahvaz last week which injured two.

String of Blasts Across Iran

The pair of incidents are the latest in a string of blasts across the country in recent days.

On 4 July, a fire broke out at a power plant in Ahvaz, resulting in temporary partial power outages in the city. The same day, a chlorine gas leak took place at the Karoon petrochemicals plant near the port of Bandar Imam Khomeini, 60 km south of Ahvaz. 70 people were treated for chlorine inhalation following that incident.

© AP Photo / Atomic Energy Organization of Iran
NYT: 'Powerful Bomb' Planted by Israel Behind Natanz Station Explosion
On 2 July, an explosion caused a major fire at the Natanz uranium-enrichment plant in central Iran, with media speculating that the incident was a deliberate act of sabotage.

Before that, on 30 June, a gas explosion took place at a medical clinic in northern Tehran, killing at least 19 people.

On 25 June, a major gas storage facility went up in flames outside Tehran near a military facility. No casualties were reported in that blast.