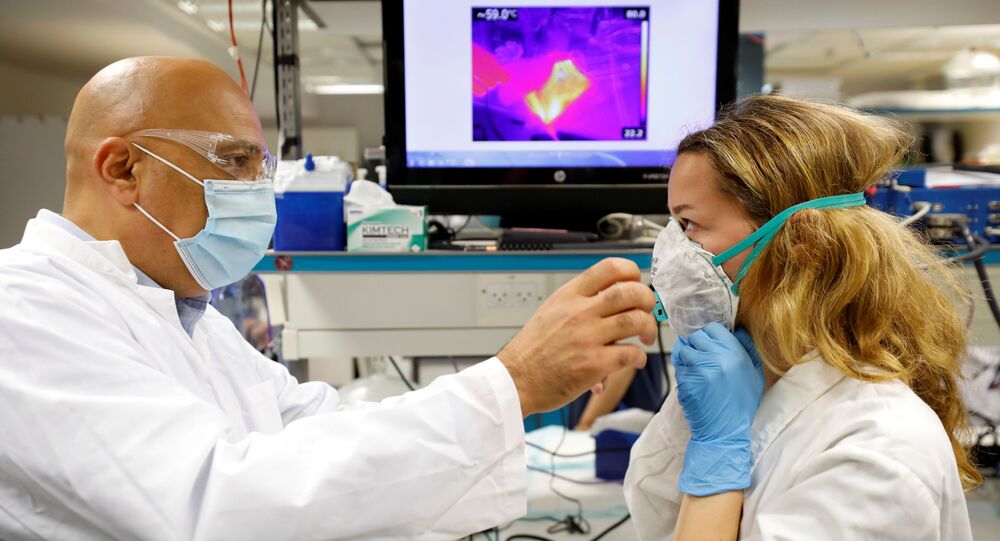 The rising numbers of patients isn’t cause for too much alarm, says the deputy director-general of Israel’s largest hospital. However, if the country doesn’t get tough on enforcing the regulations, the situation might spiral out of control leading to another wave of the pandemic, which the Jewish state won’t be able to cope with.

Life in Israel might have returned to normal but the growing number of people who have recently been diagnosed with COVID-19 continues to climb, forcing Cyprus as well as other countries that regarded the Jewish state as a safe destination to scrap it from that list.

Thursday saw the highest number of new patients since the pandemic erupted in Israel in February, registering more than a thousand people.

According to the country's Health Ministry, Israel now has more than 10,000 active coronavirus patients. Over 80 of them are in severe condition.

No Reason to Panic?

But some say there is no reason to worry, with Professor Arnon Afek, the deputy Director-General of Israel's largest hospital Sheba Tel Hashomer saying that the current wave of the pandemic is far less alarming.

"Although we do see an increase in the number of infected people, we also see that, unlike in the first round, it is the young, not the elderly, who get diagnosed with the virus", he said, adding that the number of critical patients has also been low, presupposing that the disease has been kept in check.

Afek believes this may be due to "a change in the virus", although the expert acknowledged that there is no scientific evidence to support his hypothesis yet.

"Let's look at influenza. It doesn't go away during the summer months but it does get weaker. So maybe it is the same with COVID-19 which might be affected by the temperature or the humidity. Or maybe people have developed some sort of immunity that we were not aware of. We don't know yet but we are hopeful that in two weeks down the line, we won't be disappointed".

At the same time, the expert warns the situation might still spiral out of control if the public continues to disregard instructions given to them by the Ministry of Health.

In recent months it has been reported that despite regulations and a ban on mass gatherings, celebrities threw fancy parties hosting hundreds of people, while football fans organised events in support of their teams.

The police, instructed to fine anyone breaching the regulations, have been struggling to enforce order, and despite multiple reports, masses are still seen on the streets across the country and in public transport refusing to wear face masks.

"The Ministry of Health embraced scare tactics instead of opting to educate people. As a result, people started to distrust the system because they saw that despite all warnings nothing has happened, so they stopped cooperating with the authorities", explained Afek, adding that Israel has learned from its past mistakes.

Of late the Jewish state has not only stepped up its efforts to educate the masses on the do's and don'ts during the pandemic, but has also introduced a number of preemptive measures designed to contain the spread of the disease.

These included a limit of 20 people in closed spaces, lockdowns of neighbourhoods that have been a hub of the pandemic, and higher fines for those who dare to breach the new regulations. However, a full lockdown and the shutting down of businesses of the sort that was observed during the first wave is still off the table.

© REUTERS / Mussa Qawasma
A healthcare worker swabs the nose of a Palestinian worker for the coronavirus disease (COVID-19) testing upon his return from Israel, outside the Israeli-controlled Meitar checkpoint, near Hebron in the Israeli-occupied West Bank April 7, 2020.

And while numbers continue to climb Afek says Israel is not completely prepared for more waves of COVID-19.

"Clinically speaking, we have learnt a lot. We have the necessary infrastructure to support patients and we now know which drugs are working and which ones, that were previously considered as beneficial, are not. The problem is that we don't have enough qualified manpower to face the challenge".

Israel's doctors were already overworked even before the pandemic erupted. While their numbers stood at 3.14 per thousand people in 2017, other OECD countries boasted an average of 3.44 professionals per thousand patients.

A similar problem has been observed with nurses whose number stood at 5.1 per one thousand people, once again a low number compared to other states that have some 9.2 professionals for the same amount of people.

This is why Tel Hashomer, as well as other Israeli hospitals, decided to take matters into their own hands, setting up courses for nurses and hiring physicians to prepare themselves for another wave of the disease that will inevitably hit the country in winter.

"We are not ready yet [for this challenge] but we are moving in the right direction. Even though things are not moving as fast as I would have liked them to but at least there is progress", Afek summed up.