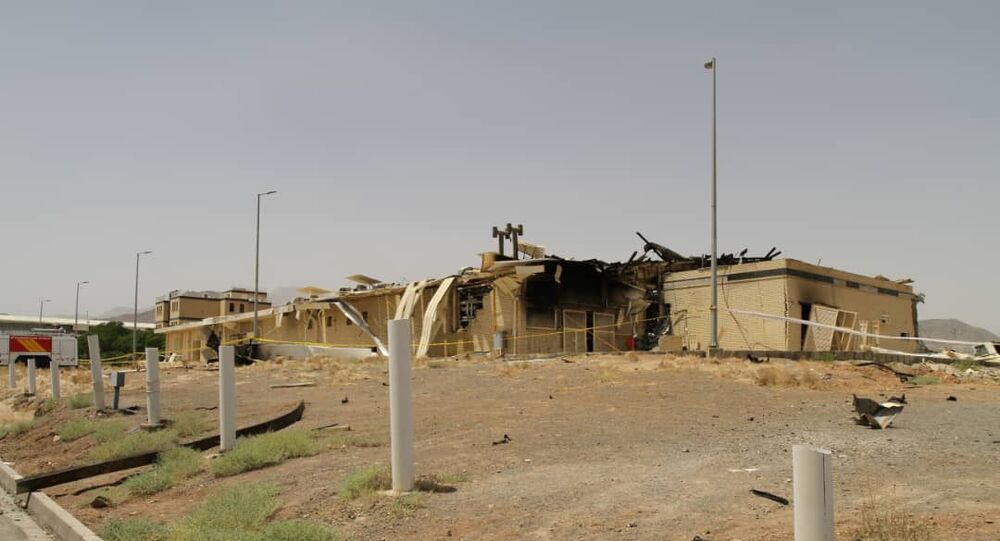 On Friday, the International Atomic Energy Agency said that they had been informed by Tehran about a recent explosion at Iran’s Natanz nuclear facility, which caused no casualties or radioactive contamination.

The semi-official Iranian news agency Tasnim on Saturday reported that the country’s investigators had managed to determine the “main cause” of Thursday’s blast at the Natanz nuclear site in Iran.

“Due to some security considerations, the cause and nature of this incident will be announced at a proper time”, Tasnim quoted Iranian Supreme National Security Council spokesman Keyvan Khosravi as saying.

According to him, “different hypotheses” pertaining to the Natanz incident are still being investigated.

The remarks come as the International Atomic Energy Agency (IAEA) said earlier on Saturday that Iran had informed them about the incident and that there was no nuclear or radioactive material in the damaged facility.

This followed the Kuwaiti daily al-Jarida citing an unnamed “senior” source as saying that the Natanz explosion as well as last week's blast at Iran's Parchin military complex were Israel’s work.

The source claimed that the Parchin incident was the result of an air strike conducted by Israeli F-35 stealth fighters, while the Natanz explosion was caused by an Israeli cyber attack against the uranium enrichment plant.

© AFP 2021 / BEHROUZ MEHRI
Iranian President Rouhani Calls on US to Return to JCPOA and Resume Negotiations
This was preceded by Iranian Atomic Energy Organisation spokesman Behrouz Kamalvandi confirming the Thursday incident and saying that the Natanz nuclear power plant "is operating as usual" because the reactor was not damaged and there were no casualties.

The incident occurred about a week after a blast ripped through the Parchin military complex located about 30 kilometres (18 miles) from the Iranian capital Tehran, in what Iranian authorities said was the result of “leaking gas tanks".

The US withdrew from the deal and reinstated crippling economic sanctions against Iran in May 2018, in what prompted Tehran to announce in May 2019 that it had started suspending its JCPOA obligations.