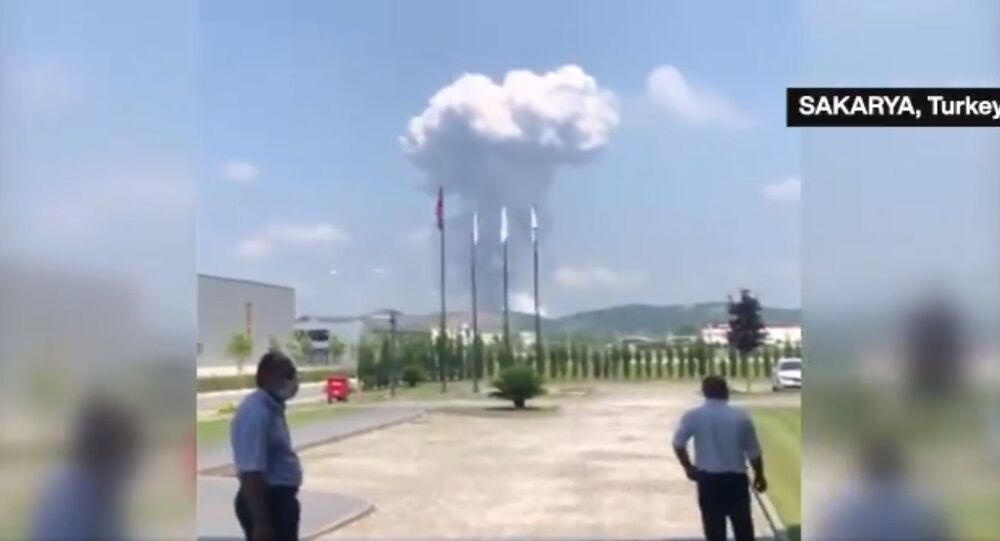 A powerful explosion took place at a fireworks factory in the Turkish city of Hendek, Sakarya Province earlier in the day.

About 83 employees from a fireworks factory in Hendek have been injured in a massive explosion, 4 people died, mayor of the city Turgut Baboglu said in a statement.

According to the mayor, there were 189 people in the building, while explosions on the site continued to occur.

Turkish Health Minister Fahrettin Koca said that two people died and 73 were injured in the blast.

​Governor of Sakarya Province Cetin Oktay Kaldirim told the Anadolu Agency that the premises have been cordoned off, numerous ambulances and fire brigades have already arrived.

The factory's warehouse may have about 110 tonnes of explosives, according to the preliminary information.

Several videos allegedly depicting the explosions have already been published on social media networks, showing clouds of smoke and fireworks in the sky.