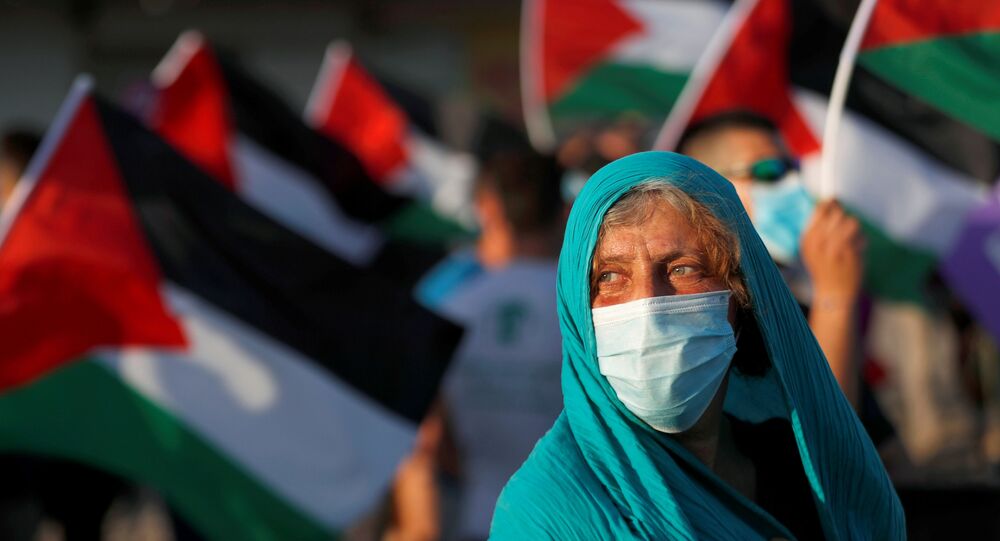 The readiness for negotiations on "minor" territorial concessions comes on condition that the plans announced by Israeli PM Benjamin Netanyahu to extend the sovereignty over the West Bank territories are not implemented.

According to a letter sent by the Palestinian Authority (PA) to the international peacemaking quartet of Russia, the United Nations, the United States and the European Union, cited by AFP, containing a counter-proposal to the US 'peace plan', Palestinians are ready to revive long-stalled peace negotiations with Israel. The letter also notes that the PA is "ready to have our state with a limited number of weapons and a powerful police force to uphold law and order".

The text also suggests "minor border changes that will have been mutually agreed, based on the borders of 4 June, 1967".

The letter noted, however, that the counter-proposal would be pulled if Israel moves forward with plans to extend sovereignty over "any part of the Palestinian territory".

"If Israel declares the annexation of any part of the Palestinian territory, that will necessarily mean the annulation of all signed agreements", the letter said.

Direct talks, if resumed, will break a six-year pause in negotiations between the Jewish state and the Palestinians over the territories, Jerusalem and an independent Palestinian state.

The prime minister of the Palestinian National Authority, Mohammad Shtayyeh, in June announced that the PA had a counter-proposal to the US-introduced 'peace plan', vehemently rejected by the Palestinians, that allocated some West Bank territories to Israel. It also weighed the chances for Palestinians to form an independent state, provided that it would be demilitarized.

The intentions announced by Israeli PM Netanyahu to start taking over the part of West Bank after 1 July received criticism not only from the Palestinians, but from several other Arab and European countries. Michelle Bachelet, the United Nations High Commissioner for Human Rights, said that the sovereignty extension over West Bank, regardless of the amount of the territory, would be in violation of international law.

Tel Aviv remains divided over the issue, as Defence Minister Benny Gantz said that the plans must wait, since the coronavirus pandemic is still on the rise. During a virtual summit organized by 'Christians United for Israel', Netanyahu expressed readiness for negotiations with the Palestinians, adding that "applying Israeli sovereignty over Judea and Samaria [West Bank territories] in any future peace agreement will not reduce chances for peace, but will advance the peace".