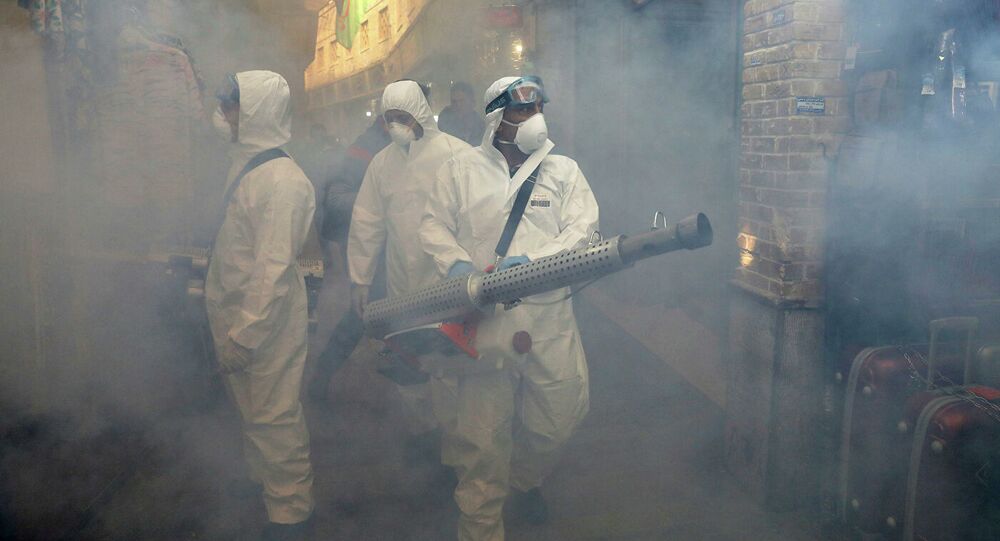 One of the first countries in the world after China to be hit by the novel coronavirus pandemic, Iran has mobilized significant resources to fight the virus, setting up makeshift hospitals and ramping up the production and testing of medical equipment, while temporarily closing down (and then reopening) public places, stores and even mosques.

The coronavirus pandemic may continue to plague the planet for as much as three more years, believes Sima Sadat Lari, a spokeswoman for Iran’s health ministry.

“If one takes into account the experience of previous pandemics, then, it is likely that the world will continue to be in the grip of the newly emerged COVID-19 pandemic for another two to three years,” Lari said in a commentary for Sputnik.

Earlier Monday, the health ministry spokeswoman confirmed that Iran has just suffered its worst coronavirus-related fatality figure since April, with 162 people said to have died in the past twenty four hours. Previously, the largest death rate was reported on April 4, when 158 deaths were reported. At the same time, Lari indicated that health authorities have discovered 2,536 new cases over the past day, with 1,461 persons hospitalized. Over 3,000 people remain in intensive care, according to the official.

Since the start of the pandemic in February, Iran has reported a total of over 225,000 cases of COVID-19, with 186,180 people making a recovery, and 10,670 succumbing to virus-related complications. Over the past several months, the country has carried out testing of about 1.6 million people out of Iran’s total population of 81.8 million.

Iran has been reporting 100+ COVID-19 related deaths for over two weeks now, with a spike in fatalities first reported on June 14.

© AP Photo / Matias Delacroix
Caracas Receives Testing Kits From Iran to 'Strengthen Venezuela in Its Fight Against Coronavirus'
Iran’s coronavirus response has been hampered by US sanctions, with officials in Tehran repeatedly condemning the Trump administration for its refusal to lift its politicized restrictions even at the expense of the lives of ordinary Iranians. Washington has countered, claiming that the US was ready to help Iran, and accusing Tehran of spending its resources on “fomenting terror” across the world instead of helping its people.

Iran reported its first coronavirus case on February 19, with the virus disproportionately affecting the nation’s political elite in its first weeks. Joining most of the rest of the world in introducing a series of restrictions, the nation also ramped up the development and production of medical equipment, as well as disinfectants and protective masks, and created a home-grown serology-based text kit.

Iran began easing restrictions in late April to allow for the revival of economic activity, approving the resumption of low-risk business activities, reopening factories, workshops and stores, as well as mosques.

However, restrictions remain in place in some areas in accordance with a colour-coded risk scale. Recently, for example, Zanjan county in the country’s northwest reintroduced restrictions for a two week period, with the restrictions including the closure of wedding halls and ban on mosque-based funeral events.

On Sunday, in an address to the nation, President Hassan Rouhani announced that face masks would now be mandatory in indoor public spaces and areas where large numbers of people gather starting this week. Rouhani also urged Iranians to prepare to live with coronavirus for the “long haul.”

© AP Photo / Ebrahim Noroozi
Iran Preparing to Export Homemade Coronavirus Test Kits to Turkey, Germany - Reports
Previously, masks and other protective equipment had been optional. Pirouz Hanachi, mayor of Tehran, said at the moment, only about 50 percent of city residents were using the metro wear marks, with even fewer doing so in other forms of public transit. He added that authorities could not “forcefully confront people without masks.”

Globally, the coronavirus pandemic has infected at least 10.1 million people, or about 0.001 percent of the world’s population, and led to the deaths of at least 502,000 people, most of them at risk elderly people and those with respiratory conditions. The virus has also caused a severe downturn in global economic activity, with hundreds of millions of people facing job loss. Earlier this month, United Nations General Secretary Antoni Guterres urged nations to take “immediate action” to avoid an “impending food emergency” in the wake of the pandemic.