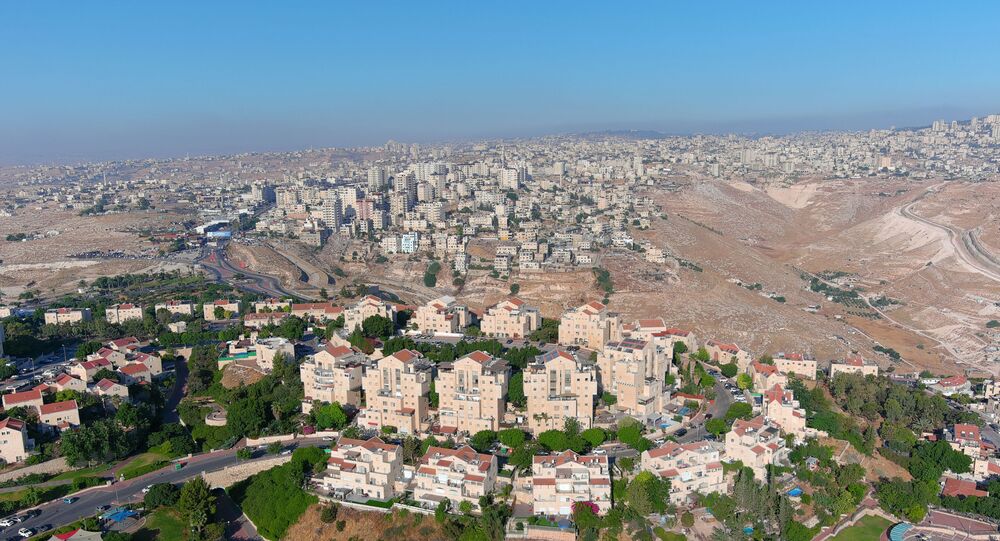 The Israeli premier seems to have abandoned his previous plans to apply sovereignty over 30 percent of the West Bank, succumbing to international and regional pressure. However, unwilling to show signs of weakness, Netanyahu is determined to force through at least some changes.

Special representative to US President Donald Trump Avi Berkowitz is set to hold talks with Israeli Prime Minister Benjamin Netanyahu on Monday as the two sides struggle to achieve a breakthrough in the premier's annexation plan that's supposed to be voted on two days from now.

What started off as Israel's "immediate right" to extend its sovereignty over some 30 percent of the West Bank has shaped into a complicated process, and now as the deadline is looming, an agreement on borders and boundaries between Israeli and the Palestinian territories is still nowhere in sight.

So what options does Netanyahu have? Here are four possible scenarios.

Netanyahu can choose to extend Israel's sovereignty over the entire Area C that makes some 60 percent of the West Bank and that contains IDF bases, a number of Palestinian towns and villages that is home to some 180,000 residents, agricultural land, roads and infrastructure as well as an impressive number of Jewish settlements with around 500,000 people.

Probability: Unlikely. Going ahead with such an extreme yet ambitious plan, Netanyahu would encounter a number of serious challenges, primarily related to security.

The Palestinian leadership has already revoked its security cooperation with Tel Aviv, saying it would not thwart potential terror activities directed against the Jewish state. Applying full sovereignty could deteriorate the situation even further pushing Ramallah to extreme measures, including the dismantling of the Palestinian Authority, which would place the burden of taking care of the area's 2.7 million people on Israel's shoulders.

The move is also set to provoke tensions in the Gaza Strip, where Palestinian factions proclaimed Wednesday as a day of rage, promising mass demonstrations that will see thousands taking to the Israel-Gaza border if Tel Aviv dares to annex even small parts of the West Bank.

Hamas, the Islamic group that controls the Gaza Strip, is also likely to step up its activity against Israel if it pushes ahead with the move.

Regarding any sort of “annexation” as "a declaration of war," Gaza-based militants, who have maintained a relatively low profile in the past several months, might fire a barrage of rockets at the Jewish state in an attempt to force it to curb its annexation plans.

Apart from security, Israel might also face regional and international pressure. Neighbouring Jordan has already warned Tel Aviv that it will not agree even to a "limited annexation", let alone an intention to chop off the entire West Bank; while the European Union, which didn't plan to introduce sanctions against Israel over its intention to annex some 30 percent of a future Palestinian state, might change its stance also.

Scrapping the annexation plan altogether could be beneficial for both sides, some Israeli experts suggest, citing a number of economic and security reasons.

To start off, Palestinian workers, who are currently forced to stay at home due to the outbreak of COVID-19, will be allowed to work in Israel boosting the PA's budget with millions of dollars; security cooperation with Israel will be resumed, whereas joint projects dealing with energy, cement and telecommunications - initiatives that are now under threat - will be continued.

© REUTERS / Ronen Zvulun
End of Oslo Accords Might Cost Israel Dearly But Palestinians Are Set to Suffer Too, Pundit Says

Israel could benefit too. Apart from maintaining its grip over the majority of the West Bank, it will be able to continue its expansion activity in the area, almost undisturbed; and will avoid a situation where regional and international players could apply sanctions against Tel Aviv.

Probability: Unlikely. Netanyahu, who built his three election campaigns around the promise to extend Israel's sovereignty if reelected, seems determined to show results, even if minimal.

Capitulating under pressure could send a bad signal to the neighbouring states as well as the world, exposing Israel's weaknesses and vulnerability, something that the premier wants to avoid at all costs.

Making up some 28 percent of the total West Bank's territory, the area has always been of paramount importance for Israel not only because it presents a natural border that has prevented the infiltration of Islamic terrorists into its territories but also because the agriculture Israel has developed there throughout the years has brought millions of dollars into the country, bolstering its economy.

It is there where Israel produces its dates, as well as an array of herbs, pineapples and vegetables many of which go into export; and it is there where Israelis work hand in hand with Jordanians and Palestinians running a number of joint projects and initiatives utilizing the region's resources for the benefits of all local players.

Apart from containing vast areas that can be used for industrial developments, the Jordan Valley also boasts a number of Christian sites and holiday attractions that will fill the treasury of the state controlling these territories.

Probability: Unlikely. Palestinians treat this area as the backbone of their future state's economy, relying on its resources for income. In the past President Abbas has threatened Israel with cancelling all the agreements with the Jewish state if the Jordan Valley is included in the sovereignty bill.

The situation hasn't changed much since then and the PA leadership will find it difficult to give up on the Jordan Valley that brings in four to ten times more produce than any other governorate of the West Bank.

Knowing the uproar such a move would evoke, Netanyahu rushed to dispatch his spy agency chief Yossi Cohen to Amman, sending a message to King Abdallah II and the Palestinian leader Mahmoud Abbas and reassuring them that he had no intention to include the area in his annexation bill.

The scope of this plan that presupposes biting off certain Jewish settlements located in Area C is still not clear and the boundaries are not yet drawn especially given the fact that the US delegation that was tasked with mapping out the area hasn't been seen on the ground since February, whereas Berkowitz, who is currently in Israel, is not planning to hit the ground any time soon, indicating that the West bank plans might be pushed to another date.

Probability: Likely. While the plans are not yet set, Netanyahu's intention to show results is still on the table.

According to reports, the premier is counting to extend Israel's sovereignty over one of the West Bank's biggest cities of Ariel as well as Gush Etzion and Maale Adumim, clusters of settlements near Jerusalem that house more than 50,000 Israelis and that don't require special maps as their boundaries have already been drawn.

At the same time, Netanyahu is also reportedly viewing applying sovereignty over single settlements located deep in the Palestinian territories, a move that might stir turbulence and shatter the already struggling coalition with Blue and White party chief Benny Gantz, who rejects the idea of annexing settlements surrounded by Palestinians and wants to move ahead gradually after receiving consent not only from the Americans but also from such regional players such as Jordan.

But while the two are still struggling to bridge their gaps, they do agree that the deadline of July 1 is immovable, so the only question that remains open is not whether the move is likely but rather how big will it be.