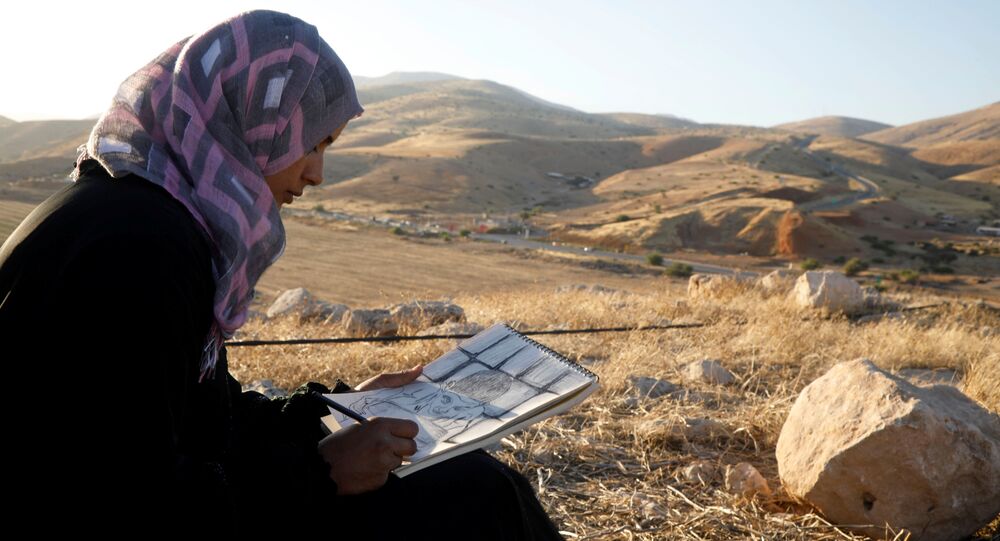 On 24 June, UN Secretary-General Antonio Guterres called on Israel to abandon its "annexation plan" and urged the parties to commit to dialogue with the support of the international community.

Israel has refused to extend its sovereignty over the Jordan Valley and notified the Palestinian Authority about it, the Israeli media reported, quoting a senior Palestinian representative.

According to reports, the corresponding message was given to the head of the Palestinian Authority, Mahmoud Abbas after the last meeting of the head of Israeli intelligence Mossad Yossi Cohen with King Abdullah II of Jordan.

The Israeli side has notified the Palestinian leadership that it intends to limit itself to the extension of sovereignty over two or three settlements in the West Bank.

In the meantime, Senior Advisor to the US President Jared Kushner has asked Israeli Prime Minister Benjamin Netanyahu to postpone the extension of sovereignty over other parts of the West Bank.

© REUTERS / Mussa Qawasma
Hamas Says 'Annexation' of West Bank by Israel Declaration of War Against Palestinians
The Trump administration seems to be split about the issue, while US Ambassador to Israel David Friedman has supported the plans, Secretary of State Mike Pompeo has asked Israel to go slowly so as not to spoil the chances for lasting peace, Channel 13 reported, citing US and Israeli officials. Kushner reportedly does not oppose the idea but neither does he want Israel to take action that would hurt the prospects of advancing his peace plan.

Channel 13 reported that Netanyahu earlier in June presented four plans on the extension of sovereignty over parts of the West Bank to his coalition government partner from the Blue and White Alliance, Benny Gantz.

The prime minister also met with the speaker of the Knesset, Yariv Levin and Foreign Minister Gabi Ashkenazi in an attempt to achieve an agreement in the unity government on how to implement the controversial annexation scheme.

Ashkenazi and Gantz reportedly oppose the "annexation plan" preferring a "diplomatic" rather than a unilateral move by the Israeli government.

According to US President Donald Trump's "deal of the century" which was unveiled in late January, Israel is to extend its sovereignty over about 30 percent of land in the West Bank and the Jordan Valley. Trump's deal proposes a two-state solution in the region that would allow for the creation of a demilitarised Palestinian state. The government has supported the plan, while most Arab countries have totally rejected the proposal.

In late May, Palestinian Authority President Mahmoud Abbas terminated all of its treaties with the US and Israel in response to the annexation announcement.