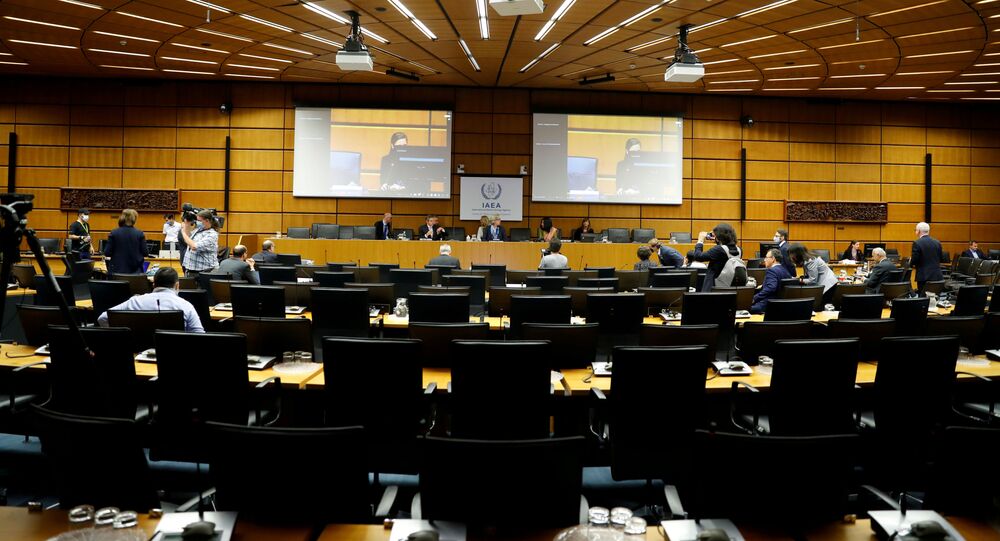 "The resolution of the board of governors is a step completely devoid of anything constructive, as Iran has the highest possible level of cooperation with the IAEA ... these countries [EU big three] appear unable to fulfill their obligations under the Joint Comprehensive Plan of Action, and they are trying to avoid the obligations by undertaking moves such as this," he said.

Mousavi noted that demands for access to nuclear facilities made by countries which, according to the minister, are propped up by the United States, are an attempt to manufacture a crisis in Iran-IAEA relations. Mousavi cautioned the organization against falling prey to what he called US and Israeli inspired moves.

The resolution was adopted earlier in the day, in a 25-2 vote, with seven abstentions. According to the document, agency inspectors should be granted access to two nuclear facilities in which unregistered activity is said to be taking place. Russia and China were among those who opposed the resolution, while Iran stated that it rejects the document, as it is based on what Tehran considers to be false assumptions. This is the first adoption of a formal resolution on Iran by the IAEA since September 2012.

Iran signed the Joint Comprehensive Plan of Action (JCPOA) with China, France, Germany, Russia, the UK, the US, and the European Union in 2015. According to the terms of the agreement, Iran would scale back its nuclear program and cut uranium reserves in exchange for sanctions relief. The Trump administration pulled out of the deal in 2018 and promptly levied punitive sanctions on Tehran. Iran retaliated by reducing compliance with the deal in several steps. The "fifth and final" step was taken early this year as Iran removed restrictions placed on the number of centrifuges installed its uranium enrichment sites in Natanz and Fordow.

Iranian Foreign Ministry Says Tehran is Abiding by the JCPOA, Urges Europeans Not to Appease 'Bully'