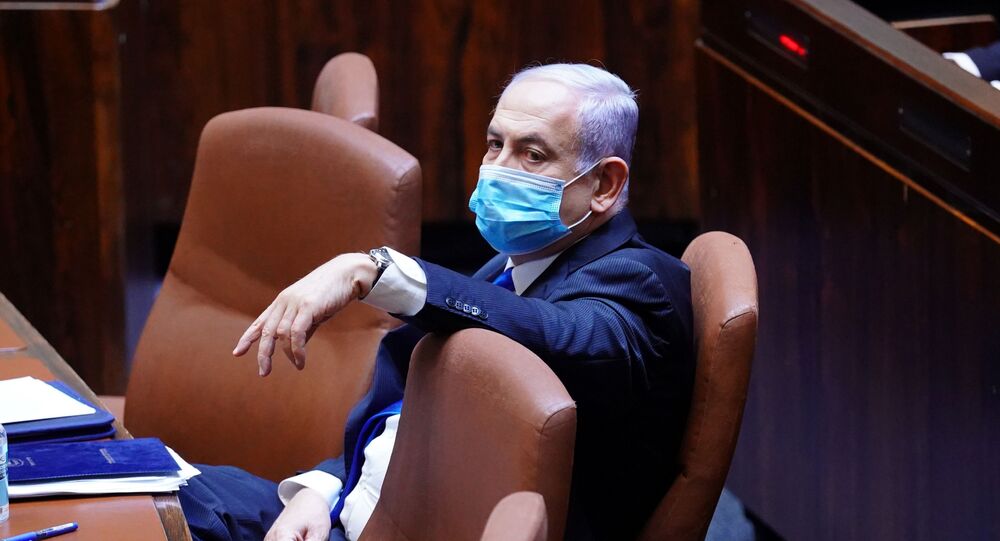 As Annexation Deadline Looms, Netanyahu Realises Bill Will Be Tough Nut to Crack

Israeli PM Netanyahu hoped to extend sovereignty over parts of the West Bank within days after an historic announcement in Washington earlier this year. That, however, has proven to be "mission impossible" due to the lack of proper maps and a series of disagreements with his coalition partners, the conservative bloc, and the White House.

When Israeli Prime Minister Benjamin Netanyahu gave a joint press conference with US President Donald Trump in Washington at the end of January, rolling out their deal of the century peace plan, the PM thought it would take him days to turn that fiction into reality.

But coming back to Jerusalem he found out that it was easier said than done. First, he needed to win the elections, which he did, getting 36 out of 120 seats in the Israeli parliament.

Once that was done, the PM needed to form a coalition, a task that he only accomplished on his third attempt, establishing a joint emergency government with Blue and White party chief Benny Gantz at the end of April.

At the time, it seemed that the road to the initial plan presupposing the biting off some 30 percent of the West Bank was clear. But weeks turned into months and yet nothing moved forward. Meanwhile, the 1 July deadline, when Netanyahu promised to bring the so-called annexation bill to a vote in the Knesset, was nearing.

Now with only two weeks left Netanyahu appears to be softening his position.

Speaking at a meeting with Likud parliamentarians he hinted that the annexation bill might either be postponed or only "partially" implemented, echoing comments made by an anonymous official to the Times of Israel earlier this month who said it was "unlikely" for the US to okay Israel's annexation bill in early July.

"I wanted to bring the annexation [bill] to a vote but the map is not ready yet... we need to finalise the mapping first", Netanyahu said addressing his Likud MKs.

The problem is that he doesn't seem to have the slightest estimation on when it will be ready, if at all.

To start off, the team comprised of US and Israeli officials that was supposed to work on mapping out the area, "going through each house to see where the borders can be drawn", has been seen in the West Bank only once, in February, shortly after the peace plan was rolled out. The outbreak of the coronavirus kept the American delegation at bay pushing the map into a remote drawer.

Without proper groundwork, the delegation risks basing its map on relatively old sketches that don't contain recent expansions like the construction of agricultural fields, water and gas pipelines or the establishment of local factories.

Frictions within the Bloc

Another problem with the map is that the borders outlined there are not properly defined and to make matters worse there seem to be "at least ten of those maps" when each one of those sketches shows a different scenario, confusing settlers.

That confusion has led to a rift among settlers, who are traditionally supportive of Netanyahu.

© AFP 2021 / THIERRY CHARLIER
Luxembourg Suggests EU Recognise Palestinian State in Response to Israel’s Annexation
While some are enthusiastic about the Trump initiative calling on Netanyahu to use the historic opportunity and extend Israel's sovereignty over areas of the West Bank, others expressed strong disapproval at the move.

Basing their assumption on the map introduced by Trump, they say extending Israeli sovereignty over the area in accordance with the US initiative would not only draw the lines of a future Palestinian state to which they object but would also isolate the existing Jewish settlements putting their security at risk.

That friction reached a boiling point on Monday when the heads of Jewish settlers, who came to the Knesset in order to present their fears at Likud's meeting, were not allowed in, with some party members slamming them for their conduct and calling them "a bunch of lunatics" because of whom Israel might miss out on its historic opportunity.

However, they are not Netanyahu's only problem. Of major concern right now is the ambivalent attitude he is getting from his coalition partners, the Blue and White.

Although Gantz agreed to the introduction of the sovereignty bill, it now seems that the agreement with Likud is showing cracks.

On Monday, when asked about the Blue and White attitude towards the plan, the prime minister shrugged his shoulders saying "he had no idea what their attitude was" raising the question of whether this coalition will manage to stay afloat.

Since the beginning of the week, Netanyahu has held a number of meetings with Gantz and his partner, Israeli Foreign Minister Gabbi Ashkenazi, in an attempt to reach a consensus on the matter but a breakthrough hasn't been achieved.

The Trump administration, meanwhile, has already indicated that it has no intention of moving ahead with the initiative unless there is complete agreement between Likud and the Blue and White.

Mired in their own economic and political turmoil, Israel's annexation plans don't seem to be at the top of the White House's agenda, especially when there is no consensus within the Netanyahu-led government or his bloc.

The mounting pressure from Arab and European leaders has also been a factor. France and Germany have already warned Israel of dire repercussions if it presses ahead with the move, Jordan threatened to cancel its historic 1994 peace treaty, and the UAE suggested that the Jewish state's position in the Arab world would be in danger if there is no u-turn from the intention to chop off parts of the West Bank.

Netanyahu now knows that the annexation bill is indeed more difficult than he first presupposed.