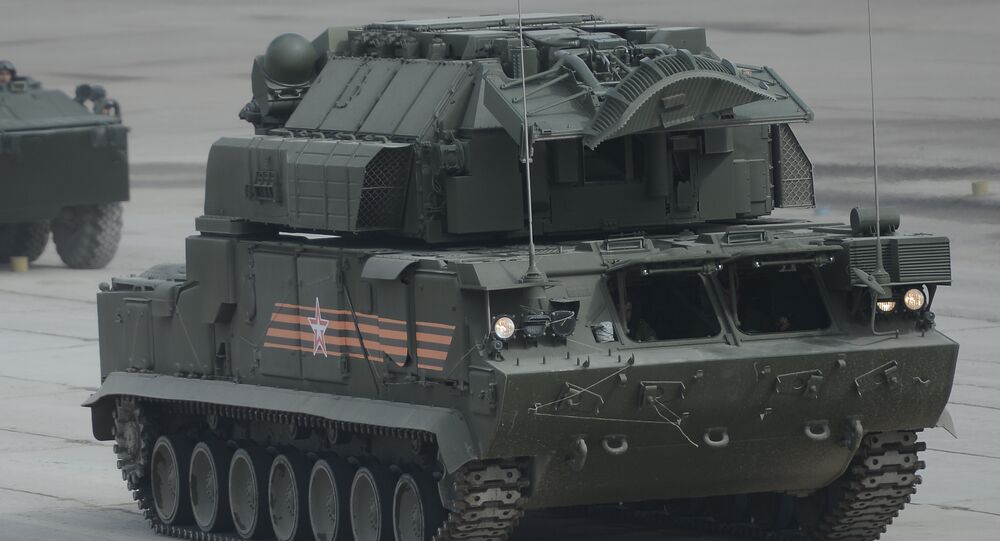 "Since the start of combat duty, the calculations of the Tor combat vehicles targeted over 45 UAVs crafted by militants", Leonov said in an interview with the Natsionalnaya Oborona (National Defence) magazine.

According to Leonov, the short-range Tor air defence systems of various modifications are used together with the S-400 and Pantsir-S systems in protecting various facilities in Syria. The Russian armed forces will be supplied with the Tor-M2 air defence systems until 2027, Lieutenant General added.

At the request of the Syrian government, Moscow has been assisting local troops to regain control over the militant-held swaths of Idlib province in the country's north, with Russian servicemen based at the naval facility in the city of Tartus and the Hmeimim airbase.

In 2019, the Russian military repelled a number of drone and shelling attacks, destroying 53 drones, and 27 multiple-launch rocket system shells fired towards the Hmeimim airbase.