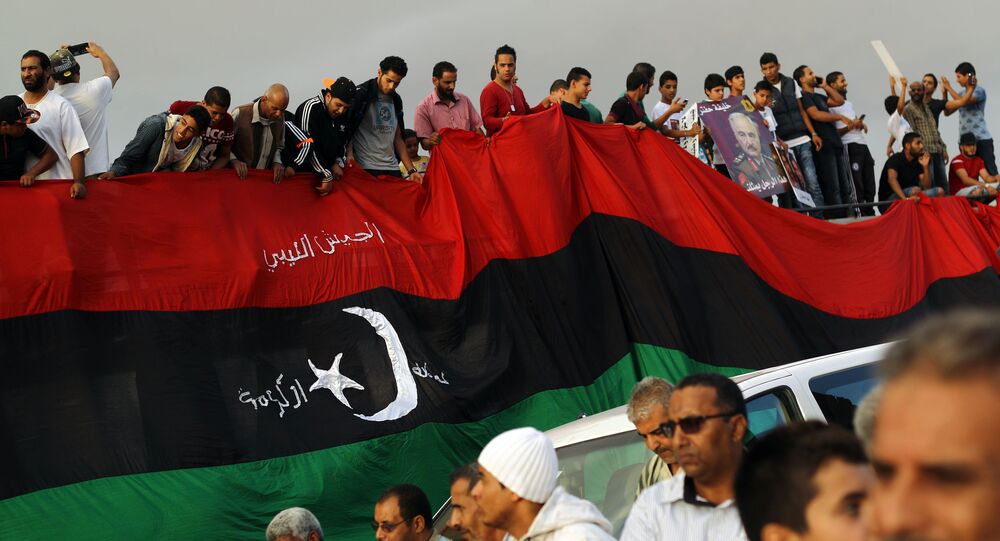 The visit takes place after the Algerian leader announced that his country was ready to host intra-Lybian talks to settle the longstanding conflict.

"President Abdelmadjid Tebboune is currently receiving the head of the Libyan House of Representatives, Aguila Saleh, and his delegation", the office said.

Last week, Egyptian President Abdel Fattah Sisi announced the roadmap for Libyan peace after a meeting in Cairo with Saleh and its ally, Head of the Libyan National Army Field Marshal Khalifa Haftar. The initiative envisions a ceasefire beginning at 6:00 a.m. (04:00 GMT) on 8 June, the withdrawal of foreign troops, unification of Libya’s state institutions, and equal representation of all three main geographical regions of the country in the presidential council.

Cairo's new peace initiative has been backed by the United States, the European Union, Russia, as well as a number of Arab nations. Meanwhile, Turkey and Libya's High Council of State in Tripoli — an advisory body to the UN-backed Government of National Accord — rejected the proposal. Later, armed forces loyal to Khalifa Haftar have launched a counteroffensive against the forces of the Tripoli-based forces near Misrata.

Libya has been suffering from internal conflict since its long-time leader Muammar Gaddafi was killed in 2011. At the moment, the east of the country is ruled by the Tobruk-based Libyan House of Representatives supported by the Libyan National Army, while the west is controlled by the Government of National Accord, which sits in Tripoli and was formed with the help of the United Nations and the European Union.