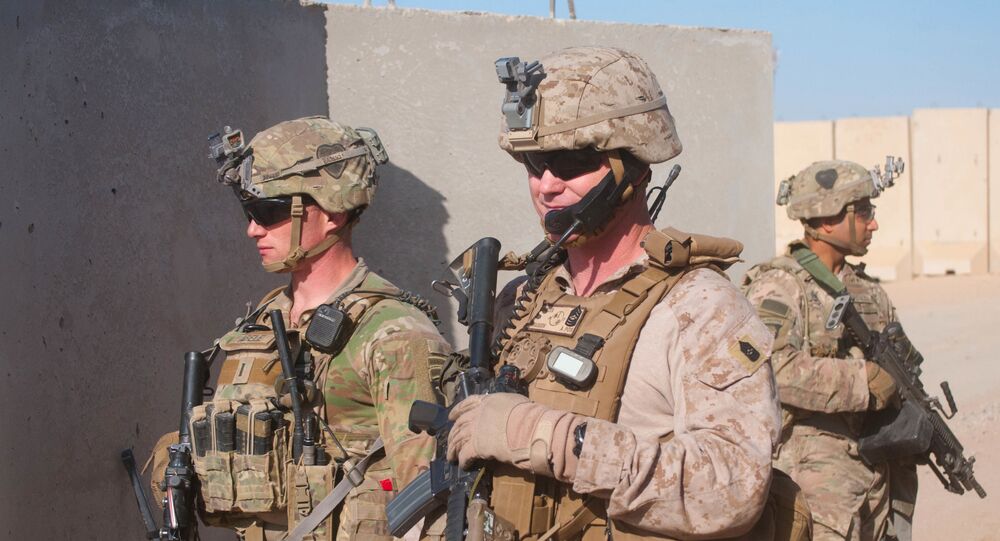 The Iraqi parliament back in January demanded that all foreign troops leave the country after the US conducted an unsanctioned airstrike near Baghdad International Airport to kill Iranian General Qasem Soleimani, who was in the country on a diplomatic mission.

The US-led coalition, with the exception of American troops, recently halved its military presence in Iraq, cutting it down to 1,200 troops in light of the coronavirus pandemic, a New York Times report shows.

According to the newspaper, the US is also looking for a way to reduce the number of its troops in the country to a bare minimum. However, Washington has stopped short of discussing a complete withdrawal from the Middle East country, despite the demands from its parliament.

"We’re going to continue to maintain forces as long as the Iraqi government is willing to have US and coalition forces present in the country until the enduring defeat of Daesh* is accomplished, and it’s not yet accomplished", special US envoy to the region James Jeffrey said.

At the moment, the US still has 5,200 American soldiers stationed in Iraq, even after reducing the number of bases. Washington claims that these troops are tasked with training Iraqi forces and preventing a resurgence of Daesh*. The Pentagon reportedly believes that the number could be reduced to somewhere between 2,500 and 3,000 soldiers, but the DoD has neither specific numbers nor deadlines for the reduction.

There are several reasons for the US to consider a reduction of its forces in the country, as well as for keeping them there at the current level. Congress is pressuring the DoD about the necessity for American troops to remain in the country, while the Pentagon is concerned by attacks by local militias, which used to fight Daesh*, on American servicemen, the New York Times report shows.

At the same time, Washington is looking to prevent Iran from gaining more support and ground in Iraq, which it allegedly wants, the newspaper indicates. These efforts infuriated the Iraqi parliament in January after the US military conducted an airstrike that killed a prominent Iranian general, Qasem Soleimani.

The Iranian commander was visiting Iraq on a secret diplomatic mission when the US Air Force assassinated him on orders from President Donald Trump. Following the incident, Iraq's parliament passed a non-binding motion urging for all foreign troops to be expelled from Iraqi soil, which, however, was not enforced by the government.

*Daesh (also known as ISIS, IS) is a terrorist organisation banned in Russia