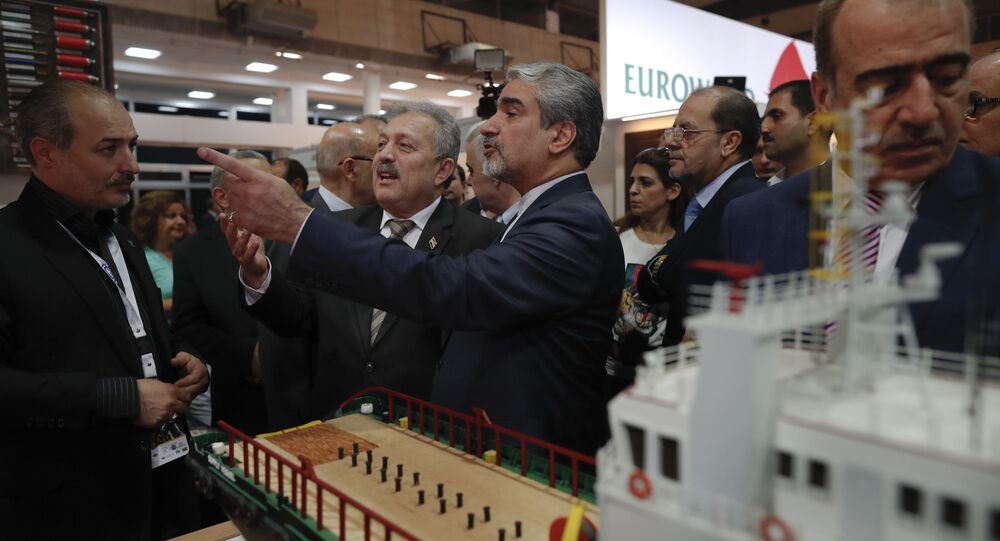 "President [Bashar] Assad entrusts [Water Resources Minister] Mr Hussein Arnous to carry out the prime minister's functions. … The government will continue its work until the elections of the People’s Assembly", the press office said citing a decree.

© AP Photo / SANA
Syrian Parliament Elections Postponed by More Than a Month Over Coronavirus
Earlier in the day, Assad's office said that the president had dismissed Imad Mohammed Khamis from the post of the prime minister. The decision came as a result of a deteriorating economic situation in Syria, according to various news outlets. Media reported that the national currency had fallen against the US dollar over the recent days, prompting prices for life necessities to significantly soar.

The parliamentary elections in Syria were initially scheduled to be held on 13 April.

In mid-March, Assad’s office confirmed that the elections had been provisionally postponed until 20 May in the interests of public health due to the global coronavirus pandemic.

On 7 May, the authorities said that the elections had been further postponed until 19 July as part of preventive measures to tackle the spread of COVID-19.