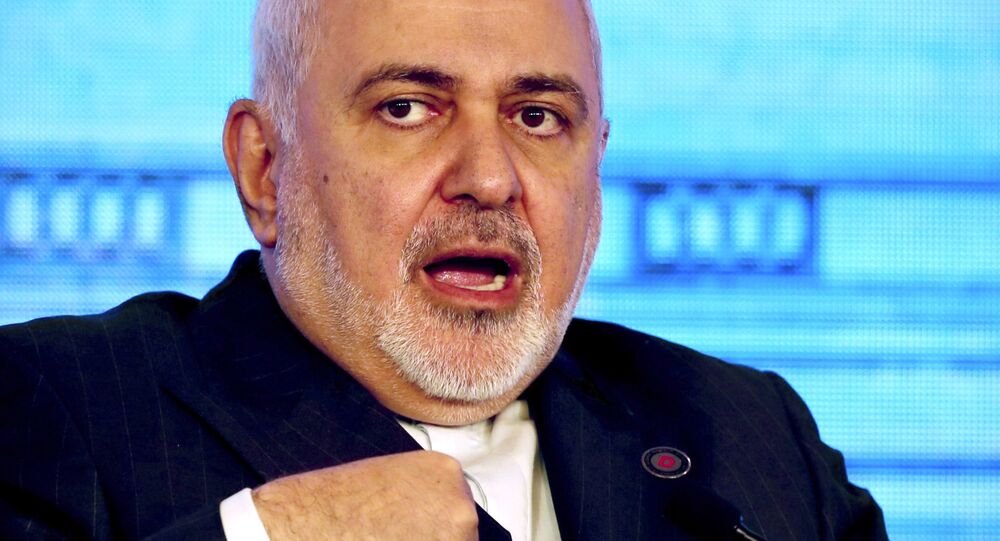 Simmering tensions between Washington and Tehran escalated in early January, when top Iranian General Qasem Soleimani was assassinated in a targeted US drone attack authorised by US President Donald Trump.

Iranian Foreign Minister Mohammad Javad Zarif has warned the US against attempts “to heighten tension with Iran and bully others to follow”.

In a tweet on Thursday, Zarif pointed out a spate of steps taken by the White House to foment tensions with Iran, including “terror assassination in Iraq, […] breaching JCPOA [Joint Comprehensive Plan of Action], UNSCR [United Security Council Resolution] 2231, and IAEA [International Atomic Energy Agency] decisions”.

US has tried to heighten tension w/ Iran & bully others to follow.

It retains NO right to abuse UN & IAEA to vilify Iran. pic.twitter.com/KWl43KPMY9

The Iranian Foreign Minister also posted an extract from “Reports of judgments, advisory opinions, and orders” by the “International Court of Justice” in 1971, which, in particular, clarifies that “a party that has not adhered to its commitments cannot retain the right from that relationship”.

In light of all this, the US “retains no right to abuse UN and IAEA to vilify Iran”, Zarif emphasised.

The warning come after Iran's Permanent Envoy to the IAEA Kazem Gharibabadi said in a letter to the agency’s Director General Rafael Grossi without elaborating that Tehran would take retaliatory measures against the US violating provisions of UNSC Resolution 2231 pertaining to the JCPOA.

The letter followed Zarif urging UN Secretary General Antonio Guterres to “immediately consider the issue of US responsibility, holding its government accountable for the consequences [of the withdrawal from the JCPOA in 2008] that are a clear violation of the UN Charter and international law".

Zarif made the call amid simmering US-Iranian tensions which escalated following the assassination of top Islamic Revolutionary Guard Corps (IRGC) General Qasem Soleimani by the US in early January. The incident was a targeted American drone attack on Soleimani's car at the Baghdad International Airport authorised by President Donald Trump.

In retaliation, Iran launched dozens of missiles at two military bases housing US troops in Iraq on 8 January, with over 100 American troops diagnosed with brain injuries of various levels of severity as a result of the strikes.

Additionally, the Iranian government announced in February that due to Soleimani’s killing, Tehran would no longer abide by the limitations placed on the number of uranium enrichment centrifuges it may operate in line with the JCPOA.

Unilateral US Exit From Iran Deal

Tehran signed the JCPOA, also known as the Iran nuclear deal, in 2015, a document which was also inked by Russia, China, France, Germany, the UK, the US, and the EU. The accord required Iran to scale back its nuclear programme and severely downgrade its uranium reserves in exchange for sanctions relief, including lifting the arms embargo five years after the deal's adoption.

On 8 May 2018, the US abandoned its conciliatory policy on Iran, unilaterally withdrawing from the JCPOA and reinstating tough economic sanctions on the Islamic Republic. The withdrawal was followed by Tehran’s announcement in May 2019 that it was going to start suspending some of its JCPOA commitments.

After Denying Aid and Blocking IMF Loan, US Accuses Iran of Trying to ‘Foment Terror’ Amid Pandemic