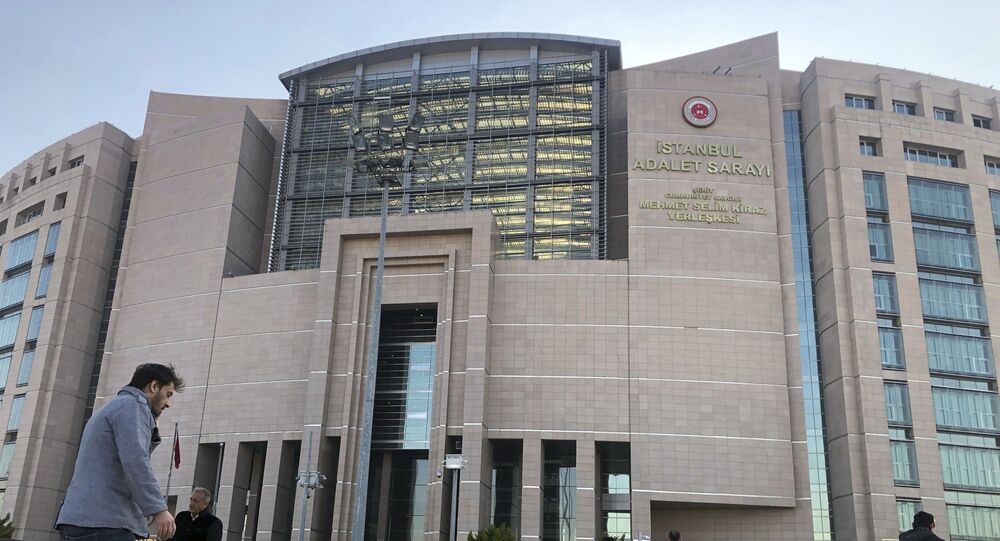 The case was one of the key issues souring the already deteriorating relations between Turkey and the US, along with Washington's reluctance to extradite Fethullah Gulen, a major Turkish opposition figure, which Ankara accuses of staging a military coup attempt.

A Turkish court has sentenced US Consulate employee Metin Topuz to 8 years and 9 months in prison on charges of espionage and aiding a terrorist group. The US reacted to the news calling the court's decision disappointing.

U.S. officials observed every hearing in the trial of Metin Topuz in Istanbul, and we are deeply disappointed in today's decision. We have seen no credible evidence to support this conviction and hope it will swiftly be overturned.

Topuz, who was working as a liaison officer for the US Drug Enforcement Administration (DEA), is accused of contacting law enforcement officials linked to Fethullah Gülen, an Islamic scholar, major opposition figure, and a founder of the FETO movement. The Turkish government believes Gulen and FETO were the masterminds behind the botched 2016 military coup that sought to overthrow President Recep Tayyip Erdogan.

The US Consulate staffer denies all the charges levelled against him. Topuz insists that all of his contacts with Turkish law enforcement officers were part of his job as the DEA liaison officer.

The arrest of the American Consulate employee in 2017 sparked a diplomatic crisis between Turkey and the US, who called the accusations against Topuz unsubstantiated. His arrest became one of the key issues spoiling the two states' bilateral relations along with Washington's refusal to hand over Gulen to the Turkish judiciary system.

In 2016 a small faction of the Turkish armed forces, organised by Gulen according to Ankara, seized control over several military bases, Istanbul's Atatürk Airport, as well as bombed the buildings of the Turkish Parliament and Presidential Palace. The coup plotters also tried to assassinate President Recep Tayyip Erdogan, but ultimately failed as he managed to safely reach the capital and retake control over the situation in the country. Thousands of officers and government officials, taking part in the coup, were arrested and prosecuted, with hundreds of thousands more removed from their posts

Hizmet Group: US Must Abide Treaty Instead of Sending Gulen in Turkey