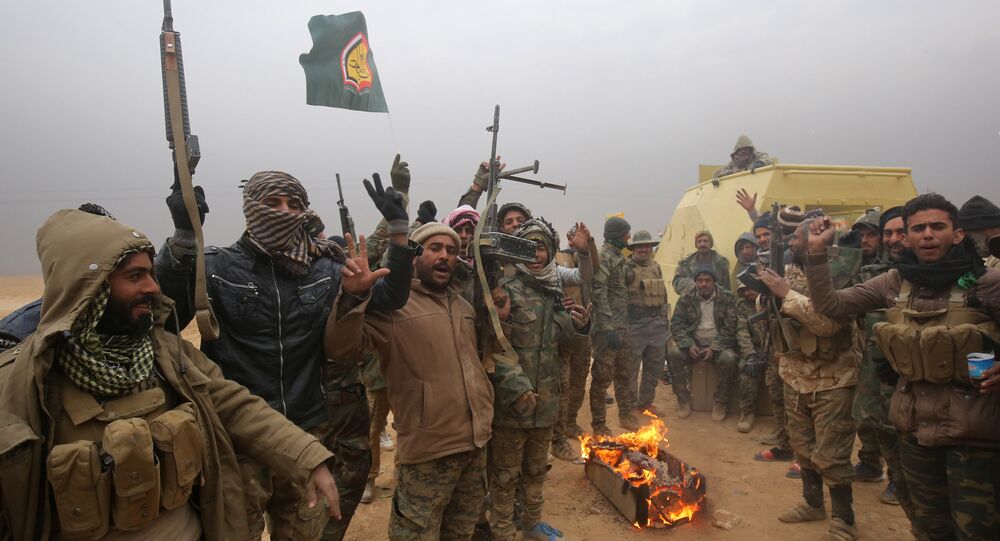 "[The PMF and security forces destroyed] a large headquarters of ISIS, which contains rooms, supplies and equipment, as well as secret documents that cannot be disclosed in Al-Zarka sector, indicating that the headquarters belongs to the new ISIS leader in Iraq or a regional leader of the terrorist organization," Al-Husseini said, as quoted by the state Shafaq news agency.

Eastern areas of the Salah ad-Din province, as well as districts of the neighbouring province of Kirkuk, have almost been fully liberated from the Daesh* formations, except for some Daesh separated groups moving between the country’s regions in an attempt to escape from the state’s security forces, the spokesman added.

On June 1, the PMF stated that it had detained two senior Daesh members in the northern province of Nineveh.

On February 12, the Iraqi military announced the start of a new anti-Daesh operation dubbed "Iraq Heroes," or "Victory of Sovereignty," as part of the country’s efforts to clear its territory of illegal terrorist formations.

Early in June, Iraq’s Commander-in-Chief spokesman, Yehia Rasool, said that the second phase of the operation has begun in the northern Kirkuk and Salah ad-Din provinces.

In mid-May, the Iraqi armed forces launched a fresh wide-scale anti-terrorist operation, dubbed "Lions of al-Jazeera." The operation is taking place throughout the territory of Salah ad-Din, as well as throughout the Anbar and Nineveh provinces on the Iraqi-Syrian border.

A spokesman of the Iraqi Counter-Terrorism Service (CTS), Sabal al-Nouman, said that Qardash’s arrest would help determine the group's funding resources and details on its further plans.

Following these developments, the CTS spokesman also said that another Daesh terrorist, Mouataz al-Jabouri, the so-called Iraqi governor within the Daesh terrorist group system, had been killed in an airstrike launched by the US-led international coalition in Syria's Deir ez-Zor.

*Daesh [ISIL, IS, the Islamic State] - a terrorist group banned in Russian and mane other countries