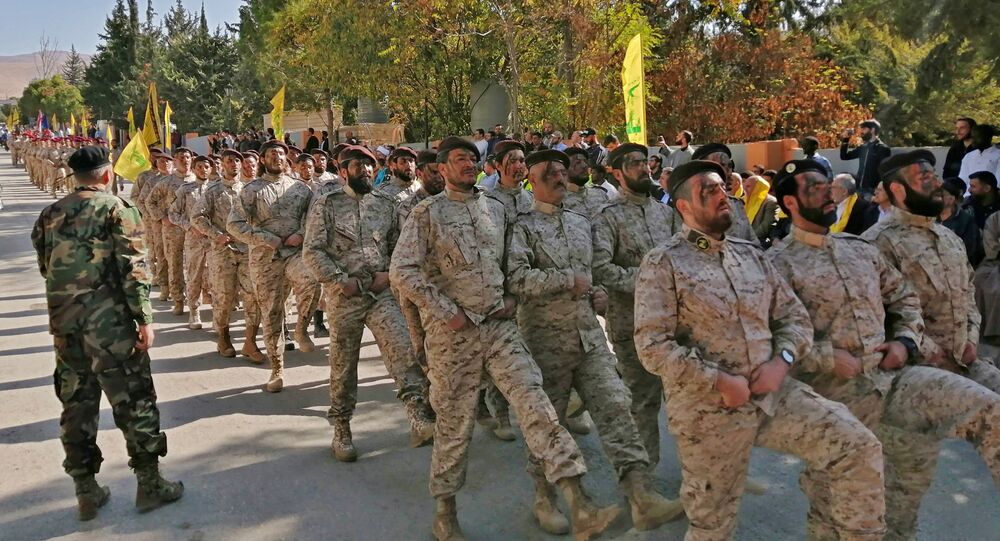 The unit was formed almost a decade ago for the purpose of infiltrating the Jewish state and wreaking as much chaos as possible in a short amount of time.

Israel's Ynet website reported that Hezbollah has published a video purportedly showing a drill session of its elite Radwan Unit. In the footage, the authenticity of which could not be independently verified by Sputnik, a group of men dressed in military-like clothing without distinctive insignia are training in hand-to-hand combat and shooting at targets. Some of the targets in the footage are marked with a Star of David - a symbol closely associated with Israel.

#Hezbollah: Lebanese Hezbollah published footage of the Radwan Unit exercise with a message in English and Hebrew. For the first time, fighters of this group are shown in such equipment. pic.twitter.com/5oFsVRqLtf

The video concludes with a series of quotes from the Quran exhorting to "kill the polytheists wherever you find them and capture them and besiege them".

The reported release of the video comes hot on the heels of Quds Day, when some parts of the Muslim world protest against Israel and express support for the Palestinian people. On Quds Day, Hezbollah leader Hassan Nasrallah called for expelling each and every Israeli from land that the group considers to be Palestinian.

Hezbollah created its Radwan Unit in the 1990s as an equivalent to the special forces used in regular armies, focusing on small, group-based operations. The unit was reportedly trained to infiltrate Israel, carry out operations, and cause chaos on its territory, while acting independently.

Germany 'Succumbed to US Will' By Banning Hezbollah - Movement Leader