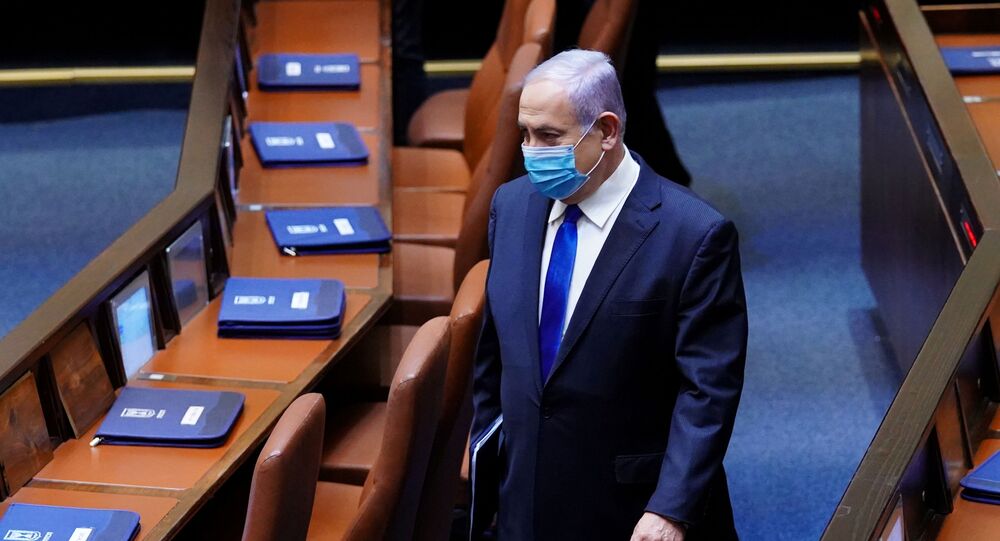 MOSCOW (Sputnik) - Just a week after swearing-in his fourth consecutive government, Israel's Benjamin Netanyahu is set to appear for the opening session of his corruption trial on Sunday in what marks the first criminal prosecution of the country's sitting prime minister.

Netanyahu, Israel's longest-serving prime minister, is charged with bribery, fraud and breach of trust in three separate cases. He is not required by law to step down and refused to do so voluntarily, refuting all allegations.

The politician's defence team has sought an exemption for the politician from Sunday's arraignment saying that he already knew allegations against him, while the number of bodyguards needed to protect the prime minister would violate the country's coronavirus-related congregation restrictions. The court, nonetheless, rejected the request and ordered Netanyahu to attend the session.

Case 2,000 deals with meetings between Netanyahu and Arnon Mozes, the publisher of Israel's largest daily newspaper Yedioth Ahronoth, during which they discussed passing legislation imposing restrictions on the competing Israel Hayom newspaper in exchange for more favorable coverage of the politician in Mozes' newspaper. Even though the legislation has not been passed, the discovery and release of recordings of these meetings have seen Mozes charged with attempted bribery, while Netanyahu is accused of fraud and breach of trust.

Case 4,000 centers on the allegation of Netanyahu's quid pro quo with Shaul Elovitch, the controlling stakeholder in the Bezeq telecom giant, which owns the Walla news website. Prosecutors believe that Elovitch pressured the news outlet's executives to ensure coverage favorable for Netanyahu.  The politician is said to have taken care of the tycoon's business interests in return.

The court proceedings are expected to take years. If convicted, the 70-year-old politician may face up to 10 years in prison for bribery and up to three years for fraud and breach of trust.