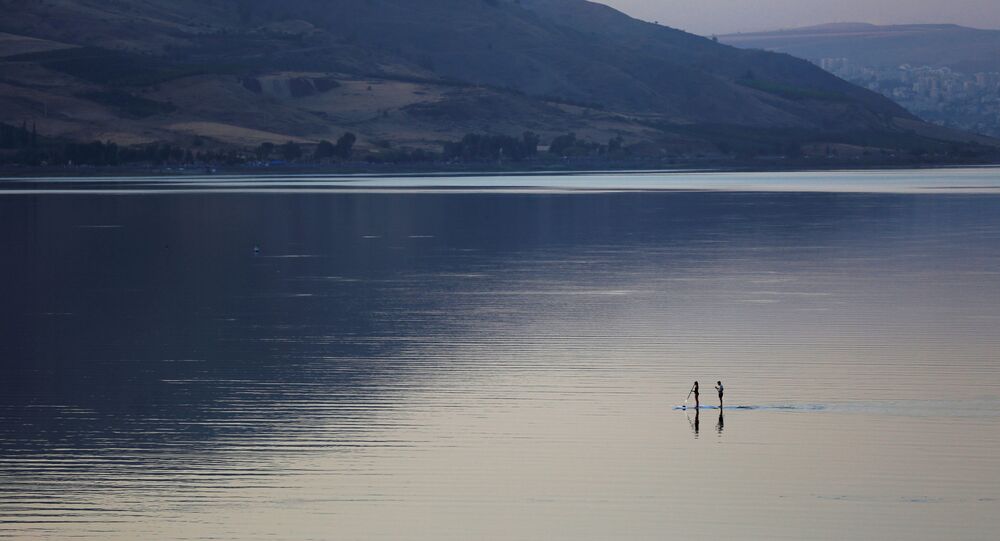 Most recently, el-Araj near the north shore of the Sea of Galilee, housed an Ottoman “winter palace”, blown up by the Israelis during a 1950’s conflict with its Arab neighbours, yet the ancient ruins miraculously survived the onslaught.

Precipitation in the Holy Land in general, and the level of the Sea of Galilee in particular have long been thoroughly studied, a report by Haaretz suggests, detailing current excavation efforts in an area called el-Araj, a historic spot where events depicted in the Bible allegedly unfolded.

After several years of drought, whole parts of el-Araj are now sitting in water due to this year’s inundation, with the relatively higher points resembling tiny islands purported to be concealing real historic treasures.

The beyond normal precipitation has reportedly suspended excavation efforts originally slated for early summer 2020, which is projected to also be marked by the continuing coronavirus crisis and lockdowns.

“At the moment, the water is 80 centimetres [2 feet, 7 inches] above the mosaic of the Byzantine church, which was built 500 years after Jesus’ time”, archaeologist Motti Aviam pointed out, adding that researchers have tentatively identified the structure as the Church of the Apostles, which Christian tradition says was built over the home of Jesus’ disciples Peter and Andrew in the village of Bethsaida.

They came to believe it was a church by, among other things, gilded glass mosaic, known to have been typically used in wall mosaics in churches as well as fragments of the chancel screen. Also, it is the only Byzantine church found so far that is in line with the description given by a Bavarian bishop named Willibald who reportedly toured the Holy Land in the year 725.

© AP Photo / Oded Balilty
An aerial view shows the Jordan River estuary of the Sea of Galilee near the community settlement of Karkom, northern Israel (File)

Meanwhile, El-Araj, also known as Beit Habek, is just one of the candidates for the site of the ancient Jewish fishing village of Bethsaida, mentioned in the New Testament as the birthplace of three of Jesus’ disciples. The other major competitor is et-Tell, a little further north of el-Araj on the north shore of the Sea of Galilee.

The excavation there is being led by the archaeologist Professor Rami Arav of the University of Nebraska at Omaha. According to Arav, historical documents say that Bethsaida existed from the late Hellenistic period – in particular, in the first half of the first century, when his geologists say el-Araj was covered by water, as it is now, “Philip the son of Herod granting the old village rights of a Greek polis, and Jesus, were all in the first half of the first century, not the second half”, Arav was quoted as saying.

In the not so distant past, the site of el-Araj housed the “winter palace”, or Beit Habek – a two-storey building dating back to the Ottoman era.

After it was blown up in December 1955 by Israeli paratroopers, the ancient ruins survived the attack and for the last four years have been under archaeological exploration by the Kinneret College archaeological institute, run by Aviam, and Prof. R. Steven Notley of Nyack College, New York.