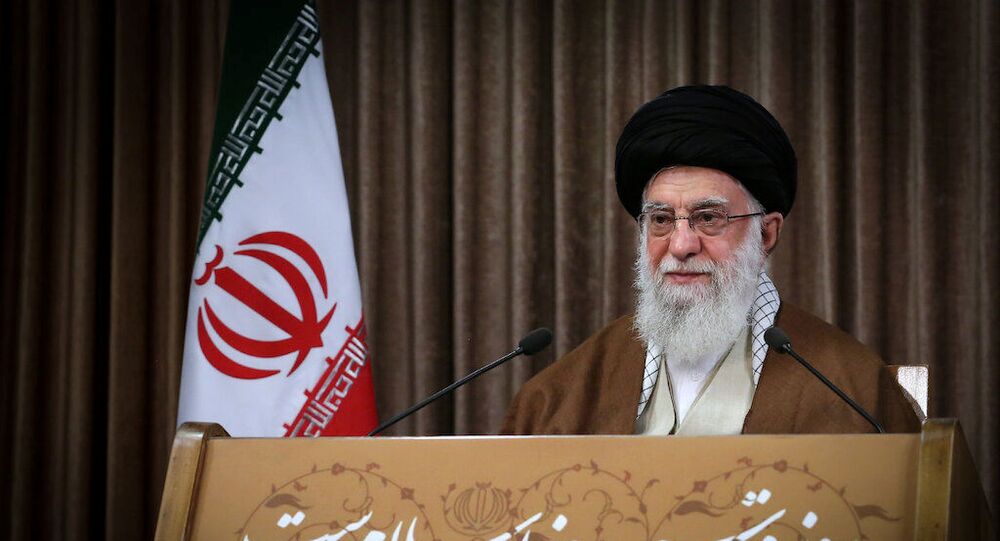 TORONTO (Sputnik) - Canada condemns the Iranian Supreme Leader’s fiery comments in which he called for violence against Israel, Foreign Minister Francois-Philippe Champagne said in a statement on Friday.

Earlier this week, Supreme Leader Ali Khamenei wrote on Twitter that Tehran would back "any nation or any group anywhere who opposes and fights the Zionist regime,” doubling down on Friday calling Israel a “cancerous tumor” that will be “uprooted and destroyed.”

“Canada strongly condemns Ayatollah Khameini’s call for violence against Israel. This kind of hateful rhetoric only contributes to further destabilizing the region. Canada will always stand up for the people of Israel’s right to security & peace & stability in the region,” Champagne said via Twitter.

The supreme leader also incurred strong backlash through use of the term "final solution" in his post — usually associated with Nazi Germany’s efforts to eliminate all Jews. Israeli Prime Minister Benjamin Netanyahu and US Secretary of State Mike Pompeo accused Khamenei of advocating genocide. Khamenei responded saying that he had called for the elimination of the Israeli government and did not mean the elimination of Jews.

On Thursday, Iranian Foreign Minister Mohammad Javad Zarif clarified that Khamenei, in his use of the term "final solution” actually advocated for allowing Palestinians to decide their fate though a referendum.

The Supreme Leader's statement came following the Palestinian Head Authority Mahmoud Abbas' announcement on withdrawal from every agremeent with Israel and the US amid the Israeli plans to extend its sovereignty over parts of West Bank.