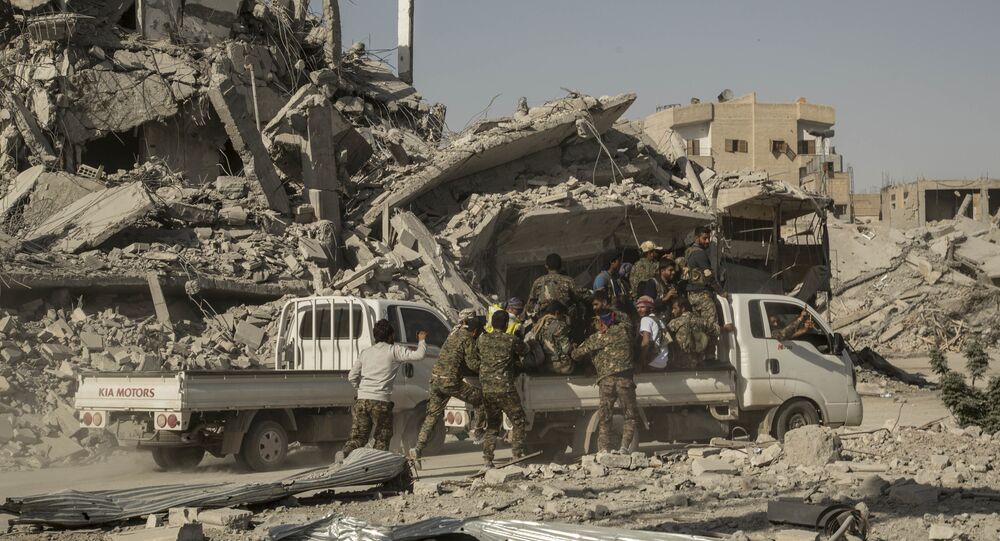 The leader of the Daesh terrorist group, Abu Bakr al-Baghdadi, was claimed to have been killed in October 2019 during a US Special Forces operation in the Syrian province of Idlib, according to US President Donald Trump.

According to a press release by the Combined Joint Task Force - Operation Inherent Resolve (CJTF-OIR), two leaders of the Daesh* terrorist group were killed during a joint operation by the US-led coalition and the Syrian Democratic Forces (SDF).

"On May 17, the Syrian Democratic Forces, partnered with the Coalition, raided an ISIS position in Deir Ezzor Province, Syria. Two ISIS leaders, Ahmad ‘Isa Ismail al-Zawi and Ahmad ‘Abd Muhammad Hasan al-Jughayfi, were killed during this operation", the release said.

The release added that al-Zawi was responsible for "disseminating terrorist guidance" in north Baghdad, and that al-Jughayfi was a Daesh supplies official in Iraq and Syria.

.@CJTFOIR: al-Zawi “was the ISIS Wali of North Baghdad...responsible for disseminating terrorist guidance from senior ISIS leadership to operatives in North Baghdad.” Al-Jughayfi “was a senior ISIS logistics and supplies official“ in Iraq and Syria https://t.co/OYiZ2obNh0

The CJTF-OIR pointed out that coalition partner forces in Iraq and Syria maintain a continuous pressure on Daesh, while the coalition itself provides advisory capability, intelligence sharing, and air support.

The US-led coalition of over 60 nations has been carrying out operations against Daesh in Iraq since August 2014, and in Syria since September 2014. The coalition is acting in Syria without the approval of the Syrian government or the UN Security Council.