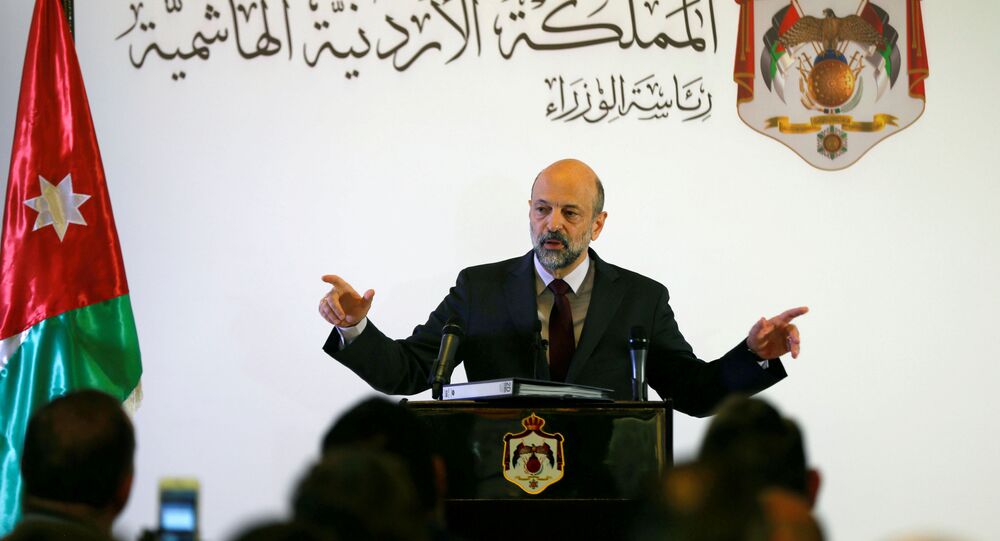 Having formed a unity government divided between political rivals Benjamin Netanyahu and Benny Gantz, Israel has announced that it will extend its sovereignty over parts of West Bank beginning 1 July, following the US president's "deal of the century" introduced in January.

Jordanian Prime Minister Omar al-Razzaz has warned that the country could review its relationship with Israel over the Jewish state's plans to extend its sovereignty over the West Bank, according to the Petra News Agency.

"We will not accept unilateral Israeli moves to annex Palestinian lands and we would be forced to review all aspects of our relations with Israel", the prime minister said.

Al-Razzaz accused Israel of taking advantage of the coronavirus pandemic to implement "unilateral moves on the ground".

His comments follow a statement by Jordan's King Abdullah II, in which he predicted "a massive conflict with the Hashemite Kingdom of Jordan" if Tel Aviv was allowed to fulfill its plans for the West Bank. Cited by Petra News Agency, Israel's planned territory seizures have also been condemned by Saudi Arabia,  the permanent Arab group at the United Nations, and Canada. Among those in opposition of the seizures is Joe Biden, the presumptive Democratic nominee for US president in the upcoming November election.

Earlier in the week, the head of the Palestinian Authority, Mahmoud Abbas, announced the termination of all agreements with Israel and the US amid Tel Aviv's announcement.

The Israeli unity government created by political rivals Benjamin Netanyahu and Benny Gantz is mulling the possibility of extending its territory based on Trump's so-called Deal of the Century peace plan introduced in January. The deal, along with the sovereignty extension, also envisages Jerusalem to be the "undivided capital" of Israel and reportedly offers the Palestinians the recognition of their independence on the condition of a complete demilitarisation by the Palestinian Authority.

Trump's deal received harsh criticism from many, including Abbas, who slammed it as another "injustice" towards the Palestinian people, insisting instead on the restoration of the pre-1967 Palestinian territory seized by Israel.

Apart from Egypt, Jordan is the only Arab state that has a formal peace treaty with Israel, signed in 1994.