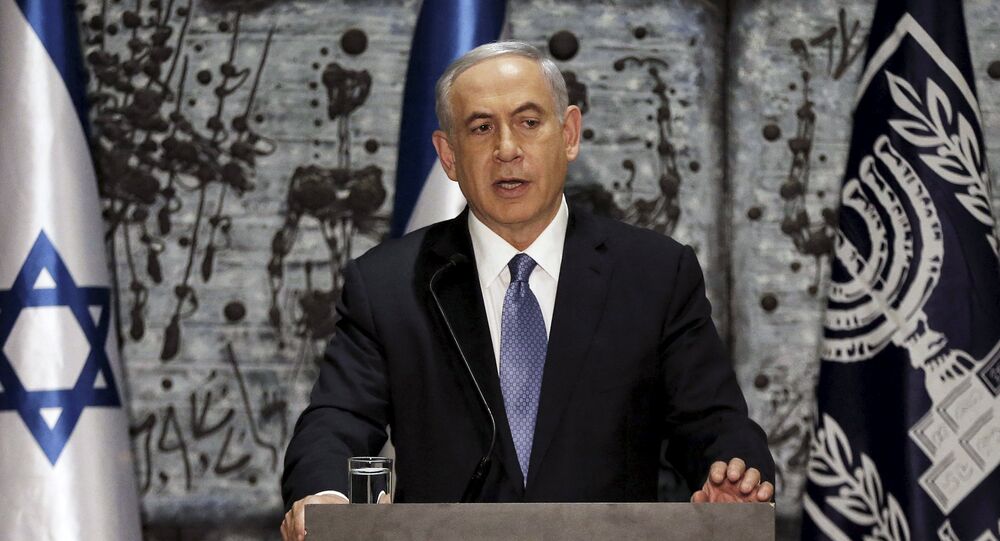 The new unity government of Benjamin Netanyahu's Likud and Benny Gantz's Blue and White alliance is set to be sworn in, ending more than a year of political deadlock.

Israeli Prime Minister Benjamin Netanyahu has commented on the issue of Jewish settlements in Palestinian territory at the start of a parliamentary session.

"It's time to apply Israeli law and write another glorified chapter in the history of Zionism", Netanyahu said.

In his address to the country’s parliament, Netanyahu said that anything other than a vote of confidence for the new government will put a dent in the nation’s efforts against the COVID-19 pandemic.

He added that a fourth election cycle may cost the country upwards of two billion shekels ($565 million).

© AFP 2021 / Gil Cohen-Magen
Netanyahu and Gantz Divide Ministerial Jobs as Israel Preps to Swear in 35th Government
The prime minister's speech was met with heckles, as rival lawmakers brought up Netanyahu’s legal troubles and Arab lawmakers protested his comments on Israel’s ambitions to "annex" parts of the West Bank.

The PM officially laid out the conditions agreed upon with his electoral rival Benny Gantz, who Netanyahu failed to beat outright in three consecutive general elections.

Gantz will act as defence minister until he takes on the role of head of government from Netanyahu on 17 November 2021, a live blog by The Jerusalem Post read.

The Blue and White alliance's leader took the podium after Netanyahu and called on lawmakers to approve the 35th Israeli cabinet’s formation to put an end to the worst political crisis in the country’s history which nearly brought the Jewish state to the brink of civil war.

Three general elections beginning from April 2019 failed to nominate a clear winner, with both Netanyahu and Gantz at different times failing to form parliamentary coalitions of more than 61 lawmakers needed to pass the hurdle.