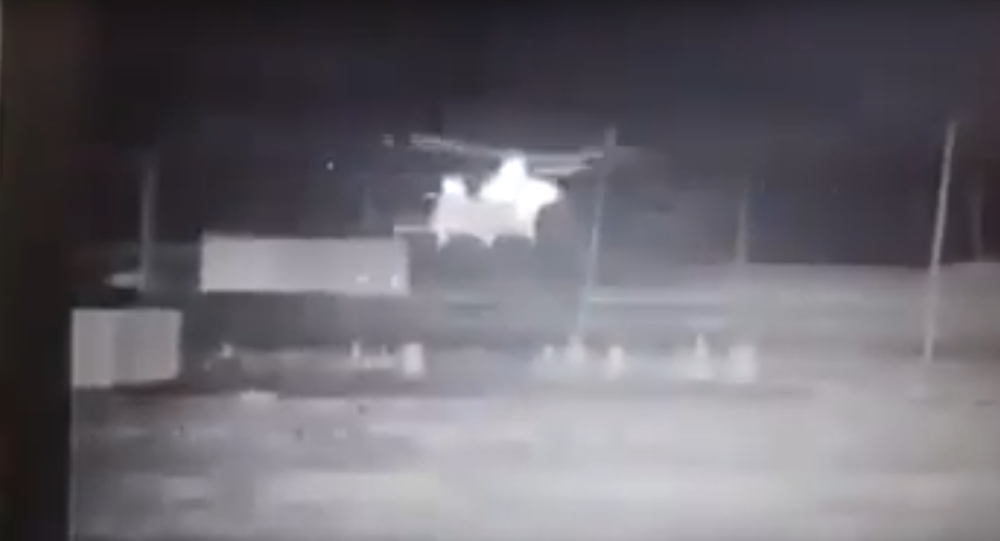 US is Smuggling Daesh Terrorists Out of Syria, Major Iraqi Pro-Government Militia Claims

The allegations follow the release of footage by Iraqi Shia militia group Harakat Hezbollah al-Nujaba last week allegedly showing the transfer of militants from Hasakah, northeastern Syria to Iraq under the dead of night by US helicopters.

US forces have transfered Daesh (ISIS)* terrorists out of Syria and into Iraq, Mohammed Mahdi al-Bayati, a key member of the Badr Organization, a powerful Iraqi Shia political and militia group, has claimed.

“Eyewitnesses living along the border with Syria have informed security officials that American forces are conducting extensive airborne transfers of Daesh terrorists from Syria to Iraq,” al-Bayati said, his remarks cited by Press TV.

The politician clarified that the terrorists were being transferred into Iraq’s northwest, and speculated that their deployment was meant to cause an upsurge in terrorist violence to justify the continued presence of US forces in the country.

Al-Bayati’s comments follow the emergence of unauthenticated footage released by Iraqi pro-government militia group Harakat Hezbollah al-Nujaba, another member of the Popular Mobilization Forces coalition, appearing to show a US helicopter landing in a Syrian town under the cover of night to transfer unknown persons from Syria to Iraq. The militia claims these persons are Daesh terrorists.

The US government has not commented on the footage or the allegations, but has previously dismissed any association between itself and the terrorist group. Damascus and its allies have repeatedly accused Washington of using Daesh militants to its own ends. The White House has decried these claims as “absurd.”

Over the weekend, Iraq’s Popular Mobilization Forces reported thwarting a Daesh attempt to infiltrate Anbar province from Syria. At the same time, PMF official Sadiq al-Hosseini reported on the elimination of a senior Daesh commander in the province of Diyala, and the targeting of Daesh bases in the eastern province of Saladin. On Monday, intelligence gleaned by the PMF led the Iraqi Army to launch airstrikes against Daesh facilities in Mosul. The Army and PMF attacks follow an uptick in Daesh attacks on Iraqi forces in recent weeks.

Iraq’s parliament issued a resolution demanding the ouster of the estimated 5,000 US from from Iraq in January, days after the US government carried out a brazen airstrike at the Baghdad International Airport and killed Iranian Revolutionary Guard Quds Force Commander Gen. Qasem Soleimani and Abu Mahdi al-Muhandis, an Iraqi politician and deputy commander of the PMF.

The US has dragged its feet on the withdrawal, however, pulling out of some facilities but beefing up its presence elsewhere, including via the deployment of Patriot missiles. President Trump has threatened that Iraq would suffer tough sanctions if it forced a withdrawal, and has demanded payment for the billions of dollars the US has allegedly spent over the years building up Iraqi military infrastructure. Secretary of State Pompeo has promised a ‘strategic dialogue’ with Baghdad on the troop presence issue starting next month.

Last week, senior Iraqi cleric warned that the Americans would have to “be ousted” from Iraq “because they do not intend to leave by themselves.”

Two years before his death, Soleimani reportedly urged Iranian officials to ‘slap the West and the UN in the face’ with evidence of the alleged US collaboration with Daesh.

Watch Alleged Footage of US Choppers Swooping Down on Syrian Town, Picking Up Unknown Persons