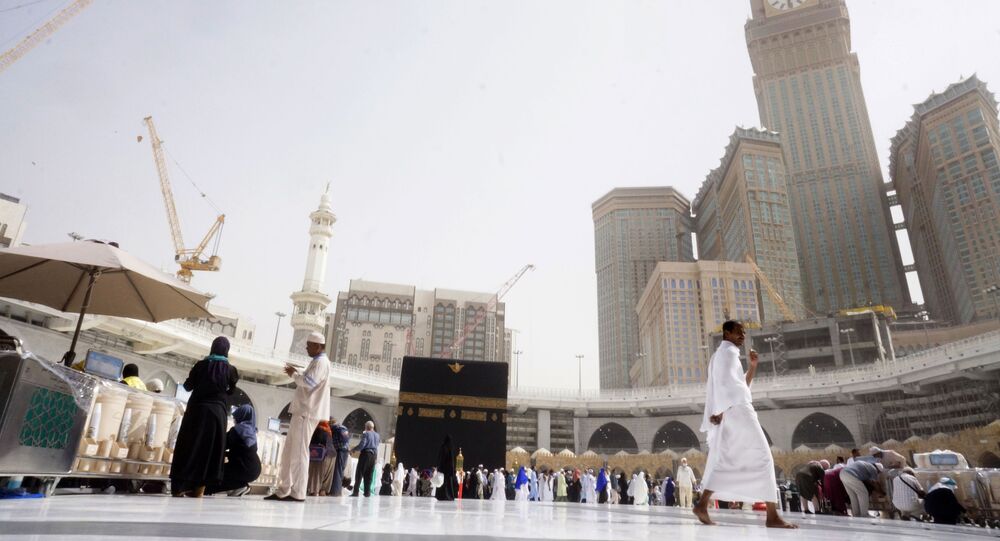 More than half of Saudi Arabia’s pubic revenues depend on income from oil-related activities. However, the price of the precious recourse has dropped significantly since the start of the year as global demand for oil has plummeted by 30% amid the ongoing coronavirus pandemic, prompting petro-dependent states to undertake austerity measures.

Saudi Arabia will triple Value Added Tax (VAT) and halt the cost of living allowance handout in a bid to cut government spending while trying to deal with the slump in global oil demand and falling prices, exacerbated by the ongoing coronavirus pandemic, the country’s finance minister said, as cited by the Saudi Press Agency.

“The cost-of-living allowance shall be discontinued as of June 2020 and VAT shall increase from 5% to 15% as of July 2020”, reads the report citing the statement from Minister of Finance and Acting Minister of Economy and Planning Mohammad al-Jadaan.

According to al-Jadaan, Saudi Arabia’s economy, in which oil income contributes up to 70% of government expenditure, has suffered three economic shocks recently, namely the drop in global oil prices, a fall in economic activity due to the coronavirus pandemic, and a rise in “unplanned” governmental expenses, such as those on healthcare services. This has led to a decline in tax revenues, forcing the government to reduce expenditure, including billions of dollars in handouts, known as “the cost-of-living allowance” that was introduced in 2018 to help government employees deal with rising costs, a move that was initially planned to be temporary.

The finance minister said that these financial measures, as well as some other strategies of “cancelling, extending, or postponing” governmental expenditures, are expected to save the national economy around 100 billion riyals ($26.6 billion).

© REUTERS / Nick Oxford
Why Oil Prices Went Negative and Why It Doesn't Really Matter
Saudi Arabia is the world’s largest crude oil exporter, and has felt a dramatic impact from the sharp decline in global demand for oil, with prices falling by two-thirds since the start of the year. The country’s budget deficit reached $9 billion in the first quarter of 2020, with revenues from oil activities plummeting by 24%, according to a report by the Finance Ministry in late April. The Kingdom is now reportedly preparing to borrow $60 billion in 2020 in order to make its budget commitments amid a health crisis it describes as “unprecedented”.
...
Reddit
Google+
Blogger
Pinterest
StumbleUpon
Telegram
WhatsApp
71
Tags:
Value Added Tax (VAT), Mohammed bin Abdullah Al-Jadaan, COVID-19, coronavirus, oil, Saudi Arabia
Community standardsDiscussion