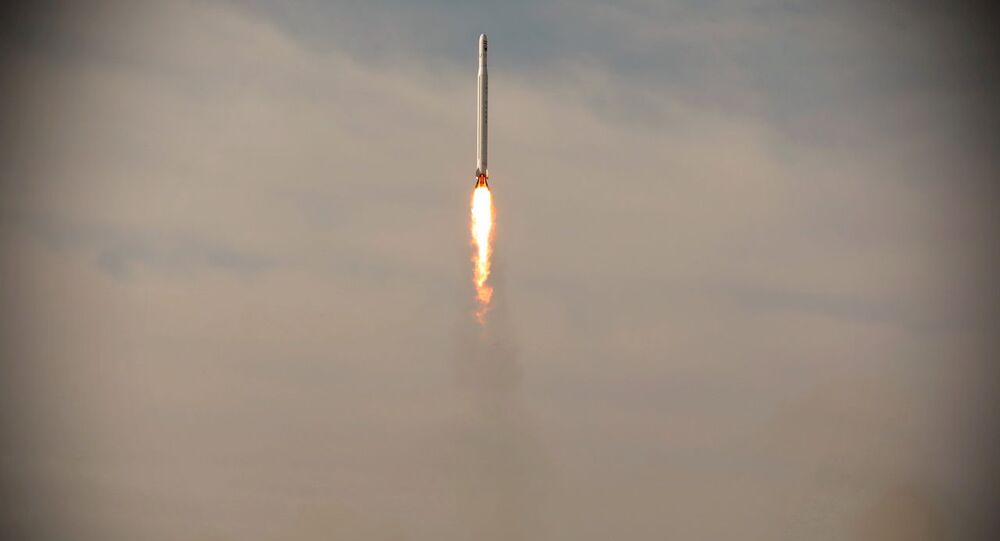 Iran recently launching a satellite into outer space indicates a major "intelligence defeat and scandal" for the Islamic Republic’s foes, including the US, Chief of Staff of the Iranian Armed Forces Major General Mohammad Hossein Baqeri was cited by the Tasnim news agency as sayintg during a military gathering in Tehran on Saturday.

He touted the satellite launch as something that might be followed by a shift in the balance of power in Tehran’s favour.

Baqeri also praised the launch as "an outstanding" example of smart planning, also giving kudos to the Iranian Armed Forces which managed to add to the Islamic Republic’s efforts to fight the coronavirus and deal with a strategy of boosting the country’s power.

Shortly after the 22 April launch, US Secretary of State Mike Pompeo, stated that Iran should "be held accountable for what it's done", claiming that the launch violated UN Security Council Resolution 2231.

The resolution, however, does not prohibit Iran from launching satellites, but rather calls upon the country to avoid testing and launching any type of ballistic missiles, including those used in space programmes.

Iran's Foreign Ministry, in turn, stated that its launch of the Noor (Light in Farsi) military satellite doesn't violate any international resolutions. The ministry's spokesman stressed that in this light, the US attempts to appeal to Resolution 2231 to condemn Iranian actions are irrelevant.

The launch was preceded by several unsuccessful attempts to put the Zafar satellite, designed to gather data on earthquakes and other natural disasters from space, into Earth's orbit. In February, Iranian Defence Minister Amir Hatami rejected US allegations that the satellite carriers could be turned into military missiles and that the recent unsuccessful launch of a Zafar satellite was part of Tehran's missile programme.